Facebook’s Ray-Ban Stories Smart Glasses Releases for $299—What Does This Do, Where to Buy?

Facebook and Ray-Ban have debuted their "Ray-Ban Stories" which was initially leaked to the public amidst its official release from both the companies for September 9, earlier today. Wearable technology is known to be a "smart glasses" venture for Facebook and Ray-Ban, something which has not yet happened before for both companies.

The smart glasses venture was initially confirmed by Mark Zuckerberg himself, CEO of Facebook, in a July earnings call which has excitedly teased the product. The wearable tech would have been released by September 9, but has leaked to the public hours earlier, but did not make have much of a difference as it did not have its full specs. 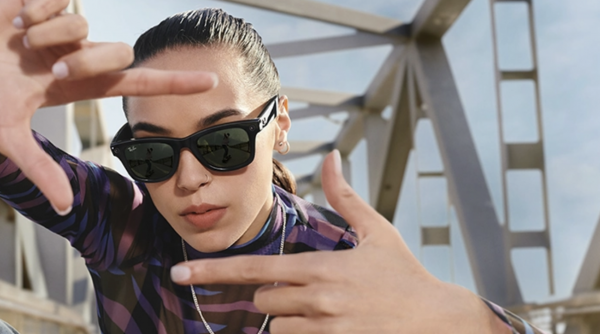 Facebook and Ray-Ban have officially released their smart glasses collaboration which brings a wearable technology that can be used for multiple purposes.

According to Facebook, this is a first-generation smart glasses of its kind, and it can "Capture, Share, and Listen," making it one of the earliest devices with these features.

Essilor Luxxotica's CEO, Rocco Basilico, has appeared in the showcase of the smart glasses, alongside the Facebook CEO, where both have discussed the technology within the device. The main purpose of the device is like those spy glasses which can record both audio and video straight into the wearable device.

However, what sets the Ray-Ban Stories apart is that it can link with a smartphone and have it upload to the social media platform in the form of vertical stories. Yes, the video output of the wearable tech is vertical, hence the name "Ray-Ban Stories," fitting that of Facebook and Instagram stories.

Hours ahead of the release, the Ray-Ban Stories have been leaked by several anonymous people and have been picked up by known publications, which have shown the first look it has. The device has no Facebook logo or brand on it, which is ideal if users would use it as a fashion accessory.

As much disappointing that is to Facebook is, it would not have mattered as the company has already aimed to release it on the said day, and the initial leaks have not dived into specifics of the device.

What Does it Do, Where to Buy Ray-Ban Stories?

The device would feature the "point-of-view" of a person, hence a wearable on their visual perspective. Users can click the side or use voice control to begin recording.

The Ray-Ban Stories is available for the US and UK markets via the Ray-Ban Store, and it boasts of 20 style combinations that users can pair with the base glasses, resembling a Wayfarer.

Related Article: Facebook Anonymous Posting in Groups | Here's How to Do It