WhatsApp has moderators who can read your messages, and this is what ProPublica has revealed in their recent report, which has claimed a lot against the instant messaging app and Facebook. The issue has been tackled on the latest advisory of WhatsApp via the application, where they have explained that no one can read messages on the platform.

The instant messaging application has initially rolled out features with regards to hiding conversations, effectively hiding them from other people that can access a said account. Still, WhatsApp is under fire for its data privacy issues that have been observed earlier this year, which allows Facebook to have stakes for ad-tracking. 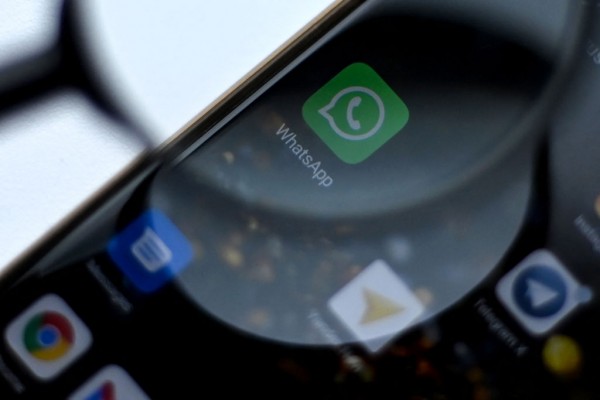 (Photo : KIRILL KUDRYAVTSEV/AFP via Getty Images)
WhatsApp messenger logo is pictured on a phone screen in Moscow on August 26, 2021. - Russia has fined Facebook, Twitter and WhatsApp for failing to store the data of Russian users on local servers, the country's internet watchdog said on August 26, as authorities clamp down on foreign internet companies.

ProPublica reports that WhatsApp and its moderators can read the messages of the more than two billion users of the application, having no regard for privacy and safety. This follows the recent advisory of WhatsApp that clarifies it does not have moderators that can read messages from the application.

WhatsApp is known for its promise of an end-to-end encryption platform where the messages are private to the sender and receiver and vice versa. The promise of end-to-end was WhatsApp's cornerstone or main marketing, as it has been the trusted application by many since it was established.

However, there are a lot of disputes when it was bought and acquired by Facebook in 2014, saying that data would now be exposed because of this. It was said that the parent company, Facebook, has requested data for ad-tracking via WhatsApp messages.

While this would not monitor said conversations, it still holds data stakes over the public.

Read Also: WhatsApp Fined $267 Million for Not Being Transparent About Data Sharing with Facebook

According to the Washington Post's transcript of what Mark Zuckerberg has said, WhatsApp does not have moderators that monitor conversations and read on. Here, the CEO of Facebook has said that the reports are not true and that the app features a private and safe conversation via the application.

However, according to Gizmodo, a lot of evidence has pointed out to WhatsApp's moderators and stakes to data, something which the company has repeatedly denied. They claim that WhatsApp is safe and private to users, but several publications and investigators have shown mixed reviews about the app.

Earlier this year, there have been massive protests against WhatsApp, where boycotts have been made in favor of others like Telegram and Signal Messenger.

A lot of people still use WhatsApp for all their personal, private, and business communication needs, but there is a significant lot who have left it for encrypted ones.