Here are the five oldest YouTubers in the Worlds, which include "Gamer Grandma," and Indian chef granny. 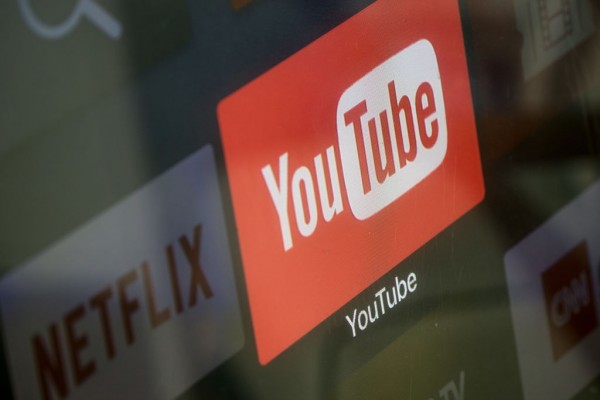 (Photo : by Chris McGrath/Getty Images)
ISTANBUL, TURKEY - MARCH 23: The YouTube and Netflix app logos are seen on a television screen on March 23, 2018 in Istanbul, Turkey. The Government of Turkish President Recep Tayyip Erdogan passed a new law on March 22 extending the reach of the country's radio and TV censor to the internet. The new law will allow RTUK, the states media watchdog, to monitor online broadcasts and block content of social media sites and streaming services including Netflix and YouTube.

YouTube is one of the largest video hosting platforms--if not the biggest. Not just that, it is also the second-largest search engine, at least next to Google, which is its parent company, as per Pop Video.

Given the magnitude of YouTube's popularity, it is not just home to a certain niche or group of people. Its viewers are of various ages and nationalities. As such, it is not surprising to see content from young and old creators in the platform.

5 Oldest YouTubers in the World

So, here's a list of some of the oldest YouTubers that have once created content for the top video sharing platform.

The 86-year old pensioner from England, Peter Oakley, created his own YouTube channel during its early days on Aug. 5, 2006, to be exact.

The old vlogger mostly created videos wherein he narrates about his childhood, as well as his experience during the war.

It is worth noting that his first-ever video was able to garner a cool 3.1 million views. Oakley posted his last video on Feb. 12, 2014. He passed away after battling cancer a month later on March 23, 2014.

Lill Droniak, who is now 91 years old, is the other half of the YouTube channel that goes by the name "Kevin and Lill," as per FamousBirthdays.

The famous grandma has been most known in two viral videos, "What My Grandma Looks for in a Man," and "Telling My Grandma I Got A Girl Pregnant."

Grandma Lill was first seen on YouTube on the channel of her grandson entitled "Car ride with my crazy grandma."

According to CNN, "Gamer Grandma'' is known as Hamako Mori, in real life. The 90-year old started playing video games way back 39 years ago, but she only launched her YouTube channel in 2015 with consistent four videos every month.

"Gamer Grandma's" content is mostly about unboxing the hottest gaming consoles, and showing off her skills in playing popular game titles, such as "Grand Theft Auto."

Mori has been awarded by the Guinness World Records as the oldest gaming YouTuber.

The YouTuber that goes by the channel name Great Depression Cooking is known as Clara Cannucciari in real life.

She joined the video-sharing platform on May 7, 2007, and shared her skills in cooking recipes that were popularized during the Great Depression.

Read Also: YouTuber 'Like Nastya' Releases NFT Collection with VaynerNFT, Along with Toy Line Across the Country

The home-based chef was not just the oldest YouTuber in the world, but also was one of the most popular in her league.

Andrakashari Mastanamma was known as the Indian chef granny that passed away last Dec. 5, 2018, at the age of 107.