Leading global mobile game publisher Com2uS has announced the pre-registration opening for the latest NBA mobile game, NBA NOW 22, both for the Google Play and the Apple App Store.

NBA NOW 22 is a strategic basketball simulation and card collecting game that boasts a roster of over 4,000 active and legendary pro players. This offers the unique opportunity for players to create the ultimate team and make the critical defensive and offensive plays they never even thought possible.

"Every game in the NBA is an opportunity to see incredible talent and strategy play out on the court and we looked to capture that tactical, chalk-talk feeling into 'NBA NOW 22,'" explains GAMEVIL Com2uS USA President Kyu Lee in a company statement. "At Com2uS we pride ourselves on bringing the authentic elements of professional sports to our games, and we're thrilled to count the NBA, as well as the MLB and KBO among our partners."

Lee adds: "With NBA Now 22, gamers will be able to fully personalize their experience, building and recruiting a team made up of their favorite players from across the west and east coasts. The possibilities of competition are endless." 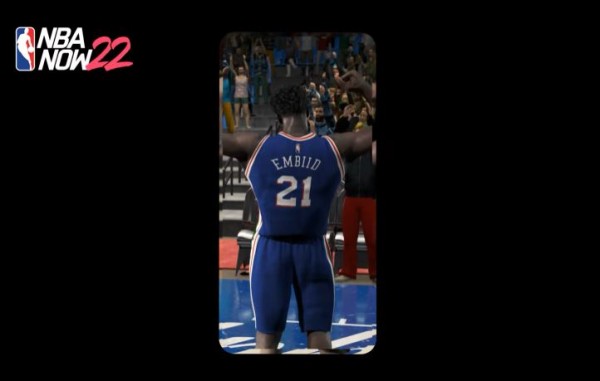 NBA NOW 22 is a free-to-play mobile game that can be controlled by one hand. As an officially licensed game by the NBA, it features all 30 teams from the league plus the stadium used in real games, plus the entire 2021 to 2022 NBA regular season schedule. All these allow players to play through the entire season even before they happen to live on the court later this year.

Its team management feature also gives players the power to form their own lineups and sign more pros to develop their roster further and create the ultimate team. Players will enjoy intuitive and dynamic gameplay with its convenient and straightforward vertical control method. NBA NOW 22 is specifically designed to allow players to enjoy the various content that improves sports games like dynamic actions, a range of game modes, and tactical cards that improve player abilities even more.

The game's unique modes include a Regular League, a Player vs. Player (PvP) Battle Mode, and Live League that leverages real-world stats and gaming schedule. Additionally, there is a Prediction Mode, which allows players to bet on the outcome of real-world games for in-game rewards. Matches play out as users choose individual offensive and defensive plays, playing out on the court in fun and fast strategic matches - from the preseason all through the postseason.

NBA NOW 22 is rated E for Everyone and is set for release this fall, for free, on the Apple App Store and Google Play Store. Pre-registration is still available at the Com2uS NBA NOW 22 webpage.

Founded in 1998 and headquartered in South Korea, Com2us is a game publisher that caters to the international gaming market. It has locations across the United States, Japan, Indonesia, Taiwan, Germany, China, Vietnam, and Thailand. Com2uS became a subsidiary of GAMEVIL in 2013.

Com2uS currently has a number of mobile games around the world, with recognizable titles such as Summoners War, Ace Fishing: Wild Catch, Golf Star, and more.