Qualcomm will reportedly release a new batch of mid-range chipsets for the selected devices.

The latest report suggested that there are two chips for such type of gadgets. One of them will also have 144GZ refresh rate support.

The source revealed more information about Qualcomm SM6375 and Qualcomm SM6225. Is this the upcoming improvement for the Qualcomm Snapdragon 600 series chips? 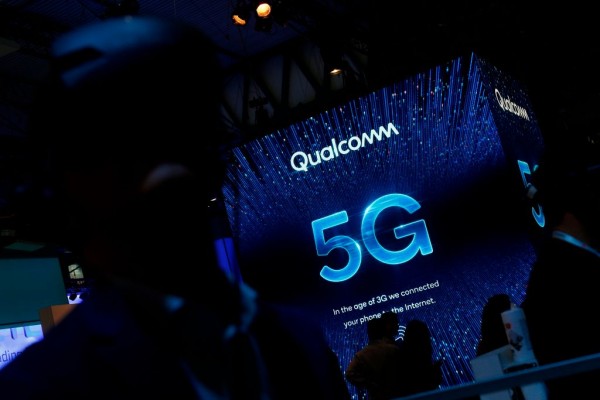 (Photo : PAU BARRENA/AFP via Getty Images)
People visit the Qualcomm stand at the Mobile World Congress (MWC) in Barcelona on February 27, 2019. - Phone makers will focus on foldable screens and the introduction of blazing fast 5G wireless networks at the world's biggest mobile fair as they try to reverse a decline in sales of smartphones.

According to a report by Gizchina on Saturday, Sept. 11, Qualcomm has been competing with MediaTek when it comes to processors. What happened last year was a good run for the chipmaker since they released the 5G-supported chipsets.

Although MediaTek is still a much bigger chip manufacturer compared to Qualcomm, the latter is setting its bar to a higher standard.

The firm is set to unveil the Dimensity chips that will be soon available for some devices.

A faster refresh rate is a gold standard for a chip. If Qualcomm improves the refresh rates for upcoming mid-range chipsets, there's a chance that it would close the gap against MediaTek.

While Qualcomm has been supplementing more features for the Snapdragon 700 series, the firm also wanted to focus on the development of the Snapdragon 600 lineup.

Qualcomm is allegedly working on the Qualcomm SM6375, the next-gen Snapdragon 600 chip that will feature a highly-improved 5G modem.

Additionally, it consists of four silver and four gold cores.

At the time of writing, the source said that Qualcomm is still testing its features. It is believed to be arriving in four variants.

Even though each variant will feature various clock rates for CPU and GPU, all of them would sport a similar base.

For their GPU clock rate, the varying model could sit at around 800 to 960MHz.

At the time of writing, there are no official details yet for its GPU and CPU. The source gathered information such as storage and display.

Its reported specs include 128 GB storage, 6GB RAM, and a 90Hz FHD display. There is no information available for the node size of the two chips, Techno Sports reported.

We could expect that around this year, Qualcomm will reveal further details about these Snapdragon 600 chips.

The chip production for Qualcomm has posed many challenges, including its struggle in producing processors because of the global semiconductor shortage.

Even though the supply chain problem is happening, the company has successfully delivered its first Snap 700 series chip.

The Snapdragon 780 5G only came out as a rumor but months later, it became an official elite gaming chip that boasts ISP Spectra 570.