Vaccine Card Compromises Being Called for by BC Community Groups

Vaccine card requirements in British Columbia should have a few compromises, according to several concerned parties. 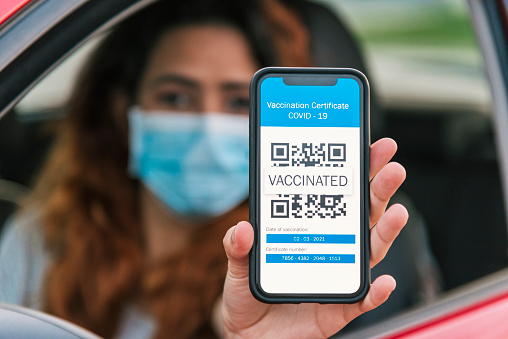 GlobalNews reports that a group of BC community organizations is clamoring for changes to the Canadian province's vaccine card, saying that it doesn't really account for people who have legitimate issues with getting vaccines or vaccination proofs.

They aired their concerns via a joint letter to provincial health officer Dr. Bonnie Henry and Health Minister Adrian Dix. According to the letter, the vaccine card plan might be restricting people from accessing services who can't get the COVID-19 vaccine for health reasons.

Aside from that, they also expressed issues that people without government IDs might face.

The letter was sent this month by Pivot Legal Society, a Vancouver-based group, who says that the province hasn't found a workaround for people with no IDs. This could include women who are fleeing domestic abuse, homeless people, and perhaps even undocumented immigrants.

British Columbia's vaccine card can only be given to people who show proof of at least one dose starting Monday, September 13, and two doses by October 24. If they get their shots, they will be able to access specific indoor establishments such as gyms, restaurants, and even sports events and concerts.

Read Also: Samsung Pay: How to Store Your Vaccination Card

Vaccine Card System is BC's Hope of 'Reopening with Confidence'

In the wake of surging COVID-19 cases due to the Delta variant, many locales around the world have been planning to implement vaccine card systems in an attempt to reopen their borders and economies.

British Columbia's vaccine card, specifically, is being hailed by its premier as a major step towards the province's "reopening with confidence," reports CBC News. According to BC Premier John Horgan, the province's vaccine card has been made "easy for people to get" and "easy for businesses to check quickly."

It's worth noting that vaccine card implementation (and by extension, vaccine passports) have had their fair share of challenges in Canada recently. Specifically, a number of restaurant owners in Montreal have expressed difficulty adapting these passports, saying that it's been troublesome verifying the vaccination status of their patrons.

As a result, a few establishments have actually been forced to go back to just take-outs. They're closing their dining rooms back down, even if they've already stocked up for at least a partial return to offering dine-in access. In turn, they've lost a bit of business due to the kerfuffle.

Even if BC is implementing a vaccine card system, they are, however, not restricting access to essential establishments for those who couldn't get the card.

Should anybody without a card need to enter a grocery or liquor store, fast food restaurants, banks, food banks, shelters, and retail stores, they won't have to present one.

For now, BC residents who can get a vaccine card must take care of theirs at all times. Fortunately, there are a few digital ways to store a vaccine card like what Samsung and Android have, so people don't misplace their inoculation proofs.

Related Article: Samsung Pay: How to Store Your Vaccination Card

Samsung Pay: How to Store Your Vaccination Card

COVID-19 Vaccine Card: Here Are Ways You Can Store it Digitally To Prevent Misplacing It

Samsung Pay: How to Store Your Vaccination Card