Bluetti AC300, a portable solar power station, is now available for purchase with its price tag starting at $2,899. 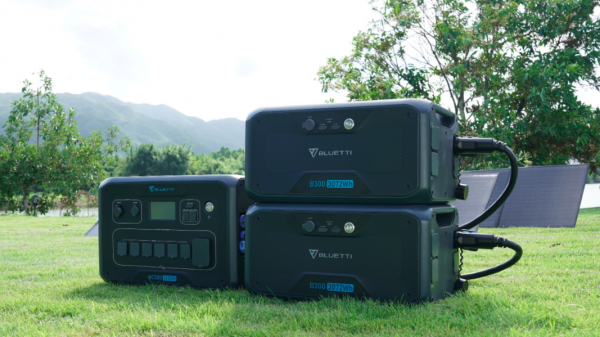 The latest portable solar power station from Bluetti comes with a battery module called the B300 LFP.

As per Pocket Now, Bluetti, a company that provides portable energy sources, first announced both the AC300 and the B300 last August.

The portable solar power station is meant to be an alternative or a complete replacement for generators that are powered by gas or propane.

The handy solar source is popular in New York, Florida, California, and even Texas.

One of the reasons why some users have been choosing the portable solar generator is due to its quiet nature, which only accounts for 35dB, similar to someone whispering.

On the other hand, traditional gas generators can be loud up to 70dB on average, which sometimes beats noise produced by vacuum cleaners, Bluetti said.

On top of that, the company behind the AC300 Portable Solar Power Station further noted that their product produces zero-emission compared to the toxicity that propane generators carry due to their fossil fuel energy source.

That said, its noise-less and non-toxic operation makes it usable inside your house or any enclosed spaces, such as offices or commercial establishments.

And not just that, Bluetti went on to compare the weight of the AC300 and B300 combined to most gas generators. The solar power station and the battery module only weigh 53 kg in total, whereas the latter packs a 113 kg weight on average.

Not to mention that solar power stations are really meant to be more portable than their traditional gas or propane counterparts.

According to SlashGear, the AC300 does not come with a battery module built-in, unlike its sibling the AC200 Max. Instead, users will have to buy the B300 for the portable solar power station to start working.

It is worth noting that the latest portable power station of Bluetti could be paired with a total of four battery modules. As such, it could have a power capacity of up to an impressive 12,288Wh.

But if that power capacity is still not enough for your needs, don't fret as there is still a way to increase it.