‘Skull & Bones' Is STILL In Development, According to Latest Leak

"Skull & Bones," Ubisoft's still-unreleased open-world pirate game, apparently has remained in development after so long. A new leak has surfaced revealing new details about the game from a reliable video game industry leaker. 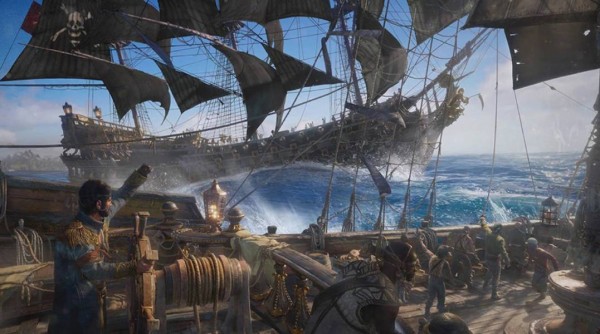 These are then further categorized into cargo, exploration, and combat types, which depends on what journey the player is going to take.

Furthermore, players can unlock new ships by finding blueprints, which can be bought at settlements. They can also customize their ships by adding extra cannons, ballistas, mortars, and assortments of other weapons.

The information was leaked by Tom Henderson, who has a proven track record with games such as "Battlefield 2042" and "Call of Duty Vanguard" in recent times. Here is his tweet detailing the new features allegedly included in "Skull & Bones":

In #SkullAndBones, there are 5 tiers of ships (small, medium, large etc.) and are categorized into three different categories. Cargo, Combat, and Exploration.

Unlocking different ships are tied to blueprints, which you can buy at different settlements. pic.twitter.com/TUf3mZIHdd

It seems like "Skull & Bones" is taking a lot of cues from "Assassin's Creed 4: Black Flag," which is another Ubisoft pirate game. There, players can also upgrade their ship, the Jackdaw, with upgrades via blueprints that they find in the world.

However, greater upgrades cost more money, and "Skull & Bones" players likely will have to grind to earn enough for the upgrades.

Henderson also added that "Skull & Bones" has experienced several tweaks to what was initially shown in its reveal trailer.

For one, he says that ship perspective is now tweaked. There's also an option to disembark your ship and visit land settlements, though there's obviously no parkour. He says that disembarking is only for conversations with NPCs, and perhaps buying and selling loot.

Read also: Ubisoft Aims to Reduce Carbon Footprint, Execs' End-of-Year Incentives Would Depend on it

"Skull & Bones" technically isn't in development hell yet, but it sure does feel like it.

First revealed back in E3 2017, "Skull & Bones" gained the interest of fans who absolutely loved the sailing and pirate mechanics of "Assassin's Creed 4."

In fact, many of them clamored that this was the pirate game Ubisoft should've made in place of "Black Flag."

However, the game would go through bumps such as a reboot, which developers confirmed back in September 2020, reports VG247. The team has been reportedly "busy evolving it from its original concept," which could mean that the gameplay fans saw in the first trailer will be very different from the finished product. 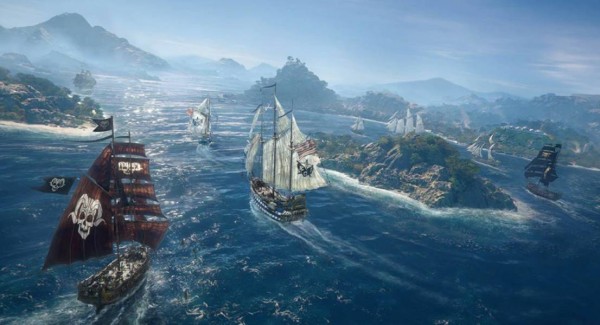 As a result, "Skull & Bones" got overtaken by another open-world pirate game: "Sea of Thieves," which was released around a year after the former's first announcement.

Can Fans Expect a Cross-Gen Title?

Ubisoft initially announced that "Skull & Bones" will be coming to the PS4, Xbox One, and PC. But obviously, those consoles are at the end of their life cycle, which could mean that the game will be cross-gen.

They did, after all, announce it originally for last-gen hardware.

"Skull & Bones," according to GamesRadar, is scheduled to ship (pun intended) next year, barring any further delays.

'Sea of Thieves: A Pirate's Life', Game Review And Why You Should Be Playing Now in 2021

'Battlefield 2042' New Release Date is a One Month Delay? But, DICE Says Game Would Arrive Before 2021 Ends