Amazon Prime and Co-op's newest partnership will let Amazon Prime customers in the United Kingdom shop for groceries online via the Amazon Prime website by the end of the year.

It has already launched in Glasgow and nearby areas on Thursday. Same-day delivery service is also offered to customers.

The partnership has been met with some criticism, particularly from the GMB Union. The GMB Union accused Amazon of treating warehouse workers like robots. The union also questioned the taxes that Amazon was paying to the government. 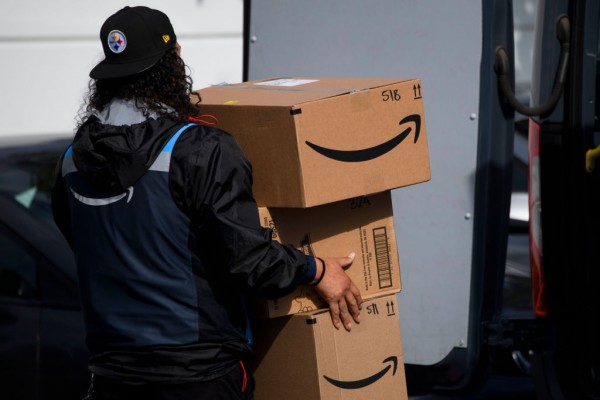 According to a report by the BBC, groceries bought from Co-op via Amazon Prime will also have same-day delivery. The same-day delivery service has two-hour time slots and is for free for orders that go over £40.

Co-op may be an unfamiliar name to those who are not from the United Kingdom. Co-op is a supermarket chain and retail food business located in the U.K. owned by The Co-operative Group.

The GMB, a general trade union in the U.K., has reacted to the news of the Amazon Prime and Co-op partnership. According to the BBC report, the union has "accused the Co-op of compromising its ethics."

"It's really disappointing to see a company with a proud ethical heritage like Co-op teaming up with Amazon: a tax-evading multinational with a horrifying health and safety record," said GMB national officer Andy Prendergast as cited in the BBC report.

Prendergast also alleges that workers in warehouses owned by Amazon are "treated like robots." The GMB union also has concerns regarding the taxes that Amazon pays to the government.

The company also said that it offers a safe working environment for its workers along with good pay and benefits as well as opportunities for career growth.

Amazon is no stranger to selling groceries online or even running its own grocery stores.

Back in March, Amazon opened its first physical store outside the US that has no cashiers. The store, Amazon Fresh, is located in Ealing, London. Last year, Amazon's plans to open a new grocery store with smart carts in Woodland Hills, California was also reported.

In June, it was likewise reported that Amazon was planning to launch its Just Walk Out cashierless technology in an Amazon Fresh store located in Bellevue, Washington.

Also Read: Amazon To Add Waiting List For Online Grocery And Hires Another 75,000 Employees Amidst Massive Demand Due to COVID-19

Amazon's Just Walk Out is a Cashierless Technology Coming to its Full-Size Grocery Store, Amazon Fresh

Amazon Launches First Physical Store Without Cashiers Outside US, Taking it a Step Further as Shoppers Won't Need to Pay With Cash

Amazon To Add Waiting List For Online Grocery And Hires Another 75,000 Employees Amidst Massive Demand Due to COVID-19