Google Stadia support will now be expanded for Samsung flagship phones and tablets. Besides Samsung Galaxy S21 and Galaxy Note 20, 11 more new gadgets are currently added to the lineup.

You are no longer required to play the Stadia games through an experiment in some of the latest tabs and mobile devices from Samsung. 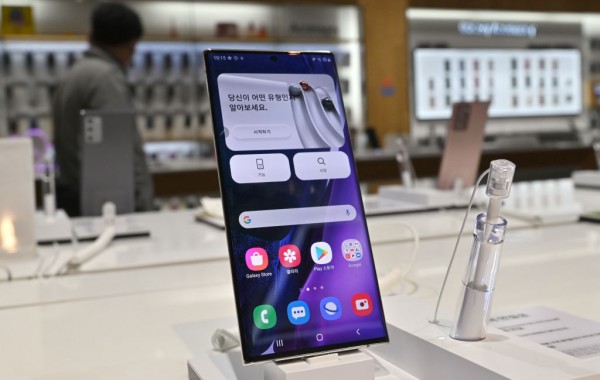 (Photo : UNG YEON-JE/AFP via Getty Images)
A Samsung Galaxy Note20 Ultra smartphone is displayed at the company's showroom in Seoul on October 29, 2020.

From 9to5Google's report, there is an updated list of Samsung devices that are currently supported by the Stadia app. At the moment, the usual products that are Stadia-supported came from the South Korean tech giant, Google Pixel, and OnePlus.

Additionally, there are still popular phones and tablets that obtain the same support from Stadia.

Samsung Galaxy S21 and Note 20 are only a few of the latest additions in the updated Stadia-backed devices.

It's interesting to know that 11 Samsung gadgets have been included in the existing group of devices that are compatible with Google Stadia. Somehow, there were reports in 2020 that Samsung Galaxy Tab A and Tab S5e are operating on Stadia outside the experimental setup.

Elsewhere, it's worth noting that the list confirmed that the Samsung tablets have entered the Google Stadia lineup for the first time.

Meanwhile, the Android tablet is not yet officially backed up by Stadia, in addition to the discontinued 12.3-inch Pixel Slate tablet.

Here's the list of the new Samsung devices that recently adopted Google Stadia, according to Android Central's report on Sunday, Sept.19.

Read Also: Samsung Galaxy S21 Ultra 100x Zoom Trick: Capturing HD Moon Photo Without Tripod-- How to Do It in Other Phones

Will There Be Samsung S21 FE?

The previous reports about the Galaxy S21 FE showed some problems with its launch date. In June, we reported that the production suspension of S21 Fan Edition was still undecided amid the global chip shortage.

The only thing that we knew at that time is its delayed launch due to the issue with processor manufacturing. Also, it will be reportedly powered by the Snapdragon 888 chipset.

The following month, a new report about the Samsung flagship arose.

According to the report, the S21 FE will only be available to two markets amid many delays. The tech giant will only release it in the United States and Europe during that time.

As per the most recent report from Money Control, the S21 FE support page was discovered to have gone live on the German website of the smartphone manufacturer.

This hinted that the launch of the Samsung flagship could be around October under the model number SM-G990B/DS.