TikTok Videos Really Get You Hooked By Tricking Your Brain: Sociologist

TikTok is perhaps the perfect example of social media addiction.

Despite the videos on the platform being merely seconds long, there's just something in them that gets people hooked. And before they knew it, what used to be a "quick" five-minute TikTok scroll turned out to have gone on for hours. 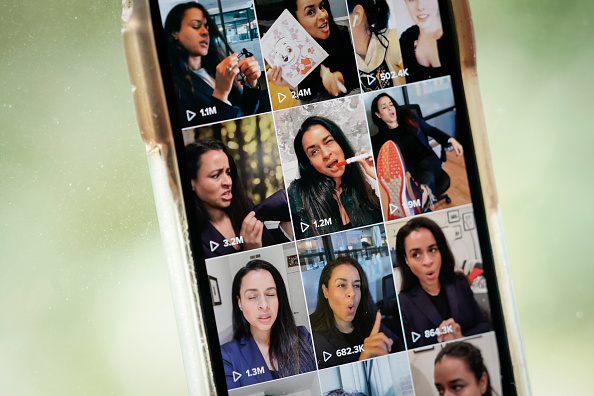 (Photo : Drew Angerer/Getty Images)
WASHINGTON, DC - AUGUST 07: In this photo illustration, comedian Sarah Cooper's page is displayed on the TikTok app on an Apple iPhone on August 7, 2020 in Washington, DC.

Social media addiction is a real thing, and there's actually an explanation as to why TikTok is so addictive. As 12News reported, the app is using people's own brains to get them hooked.

A lot of social media networks such as Facebook trick their users into spending hours on the platform by making them interact with content.

This is facilitated by likes, comments, shares, and collated content into categories labeled as "Favorites," "Trending," etc.

TikTok, however, engages its users in a different way. It uses its algorithm, which is built to monitor how much time users spend on watching these seconds-long videos.

Then, the app curates content into a seemingly never-ending playlist. This gives users the "convenience" of never having to tap on their screens to watch anything.

It's this never-ending video scroll that people see every single time they open the app.

This technique has led TikTok to experience a massive increase in viewership. It now holds the crown for most watch time per user in the US and the UK. This has led to it overtaking YouTube, which is a much more established video sharing platform.

TikTok hasn't divulged how their algorithm works to anyone. But according to sociologist Dr. Julie Albright from the University of Southern California, the way TikTok implements its algorithm is more or less like gambling.

Users might not like the first few videos they see, but they "know" they'll be getting something "better" down the line if they keep scrolling. Eventually, they do. And that is the "high" they always want to get. 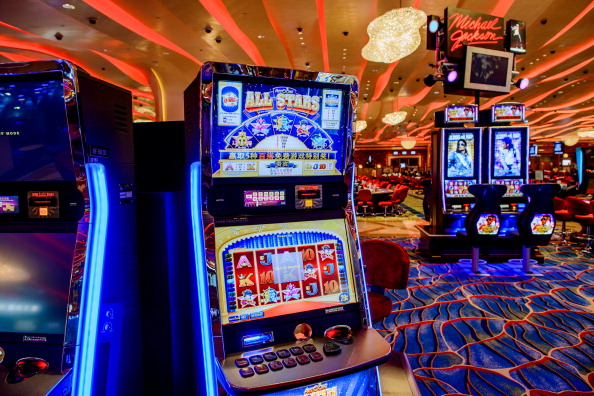 (Photo : PHILIPPE LOPEZ/AFP via Getty Images)
This picture taken on September 19, 2012 shows gambling machines in of the Cotai new Sands casino in Macau. Las Vegas casino boss Sheldon Adelson unveiled plans September 20, 2012 to build a scaled down replica of the Eiffel Tower as part of a new 3 billion USD gambling resort in Macau.

Gambling in itself facilitates the release of dopamine. Also known as the "feel good hormone," dopamine makes you feel excited.

Normally, people feel this excitement when they win. But with gambling, according to ResponsibleGambling, they still get this feeling even if they lose.

When everything falls into place, the so-called "thrill of the moment" will take people's brains over. It's why they'll spend hours upon hours at the tables without knowing it.

Doubling Down On Users' Mental Health

Seemingly realizing the massive effect that their platform has on people's mental health, TikTok is changing the system up.

Earlier this month, it was reported that they're implementing new tactics that teach users about how social media negatively affects mental health.

These tactics are part of a so-called "well-being guide," which is crafted with the help from the International Association for Suicide Prevention, Live For Tomorrow, the Crisis Text Line, and Samaritans UK.

Here's hoping that this initiative does its intended job.

Related: TikTok Owner ByteDance is Limiting Screen Time For Douyin Users Under 14; Restriction Unavailable in the US at the Moment

TikTok is Now the Social Media Platform With the Most Watch Time Per User in the US and UK, Overtaking YouTube