AMD probably did the right thing by making their FidelityFX supersampling tech open-source. It's already supported in a lot of games, and now, it has reached a console emulator.

RPCS3, the popular PS3 emulator, now fully supports the AMD supersampling/upscaling tech and is the first emulator software in the world to do so, reported Overclock3D.

Here is the trailer, uploaded to the official RPCS3 channel on YouTube:

However, the implementation of AMD FSR in the emulator is a little bit different.

On PC, the tech's main goal is to render games at a lower resolution and then upscale it to a higher one. This boosts game performance by a significant amount, all while rendering the image at far more detail than what it normally can do.

In RPCS3, FSR only upscales the image to a higher resolution, doing away with the "rendering it at a lower resolution" part.

For instance, "Red Dead Redemption" was shown running at upscaled 1440p with 70% sharpening (RCAS setting, which players can enable from the Settings menu.

Other games, such as "inFamous," were shown running at upscaled 4K with 80% RCAS, all while having little to no impact on the game's performance.

This could make it easier for weaker graphics cards to run games on the RPCS3.

AMD formally launched FidelityFX back in June as their direct competitor to NVIDIA DLSS, to a lot of excitement from fans. They marketed the tech as something not as hardware-restrictive as its NVIDIA counterpart, even demonstrating it running on a GTX 1060 GPU.

Read also: AMD is ASKING FANS Which Game they'd Like to Have FSR Support

AMD FidelityFX + Console Emulation: Are They A Good Match?

Console emulation has been a moot point among gamers and developers for years. But you can't really deny the technical achievements that's been achieved in this field. Specifically, the developers of RPCS3 had to adopt tech that was extremely different to that of the PC. 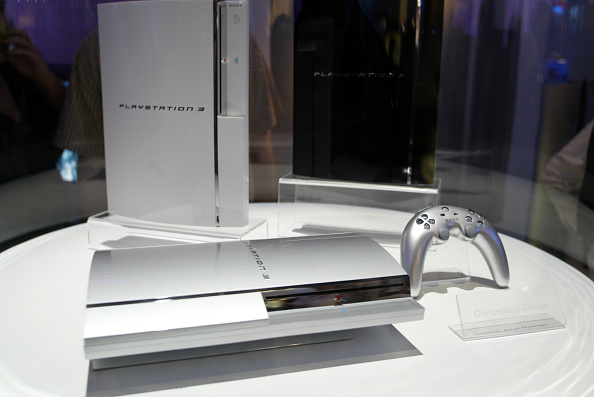 (Photo : Chris Farina/Corbis via Getty Images)
The new Sony Playstation 3 is shown under glass at the 2006 International Consumer Electronics Show (CES) at the Las Vegas Convention Center. The latest technology from 2,500 global companies is exhibited with over 130,000 attendees expected for the duration of the show held January 5-8, 2006.

The mere fact that they got these former PS3 exclusives running on an emulator is already amazing.

That's because the seventh-generation Sony console has had a reputation for being extremely complicated to develop for. As such, porting these games to the PC--let alone in an emulator--is a massive technical feat.

Implementing AMD FSR, however, might not yield as much of an improvement to RPCS3 games due to the CPU-bound nature of PS3 emulation, noted VideoCardz.

Furthermore, any games which might not have anti-aliasing could look even more pixelated with FidelityFX.

There's only one way that AMD could officially bring FSR to consoles: via the Xbox Series X and the PlayStation 5, both of which have Zen-based SoCs.

For now, 62% of the PS3 games supported in RPCS3 can fully run; 31% are full of glitches, and 6% don't work at all. It's unclear if the RPCS3 developers only patched FSR to specific games.

It's still extremely tough to bring PC-based technology to a console emulator, but perhaps with time, the developers will be able to make it work.

Related: AMD Kills Off Driver Support for GPUs Older Than The RX Series