Microsoft's newest computer mouse is proof that the tech giant is serious about achieving "green" in the next few years.

The upcoming accessory is reportedly environment-friendly since it is made up of recycled plastic obtained from the ocean. The pre-orders for it are already available since it is set to arrive next month.

Is Microsoft Now Serious to be a Carbon-free Company? 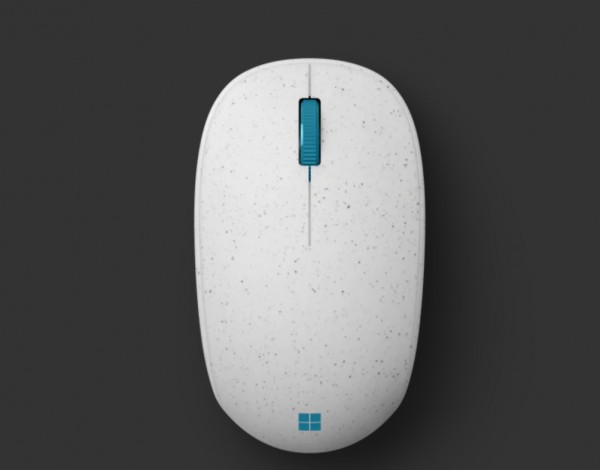 During the most recent Microsoft Surface Event that happened on Wednesday, Sept.22, many products, including the Surface Go 3, Surface Pro 8, and Surface Pro 7+ were announced.

However, there's one gadget that stands unique from the rest.

Microsoft's computer mouse is not the usual type of mouse that you can see every day. Unlike the common mice that make use of plastic, this accessory breaks the barrier of plastic usage.

According to a report by CNET, the latest Microsoft mouse is created from ocean-bound trash. The packaging of the mouse is also recyclable, according to the company.

The reason why the Redmond firm chose to feature this recycled ocean plastic mouse is its goal to lessen carbon use by the year 2030.

Somehow, that's the same achievement that Apple wants to happen in the next coming years.

Right now, the pre-order sign-in page is now up at the official Microsoft store in the US. If you are interested in purchasing this nature-friendly gadget, you can click here.

It would cost you $24.99 to buy this ocean plastic mouse.

Based on the page, it will be released on Oct. 5. For its worldwide launch, the schedule will be on Oct. 10.

The Surface event has brought some news about Microsoft's newly improved products.

Satya Nadella, the CEO of the company said that a person who is serious about innovation should also be serious about the sustainability of the planet.

The statement could be a sign that the tech giant is preparing to roll out recycled products in the future. Microsoft's ocean plastic mouse is just the beginning of its environmental venture.

Read Also: Microsoft And Razer Team Up To Develop A Keyboard And Mouse For Xbox One

According to TechRadar, the carbon negativity campaign of the consumer electronics giant could go on by 2030.

Microsoft's plan to be carbon neutral comes with the likes of other huge firms such as Sky and Google besides the Cupertino titan.

In the next decade, a revolutionized nature-driven technology could likely be the trend. Somehow, the end goal of these establishments is to reduce carbon footprints as early as now.

As of now, the creation of recycled products is impressive. Most likely, the recycled gadgets could also make a path for gaming consoles and accessories in the future.

Since we have talked about a computer mouse, you can also explore the best gaming mice in 2021.

Related Article: How to Choose a Mouse For Your Gadget: Factors You Need to Consider