Xbox One and the next-gen Xbox Series X and S consoles will be getting the latest Microsoft Edge browser. With Microsoft's Xbox Update this month, the users can enjoy a more refined experience through their devices. 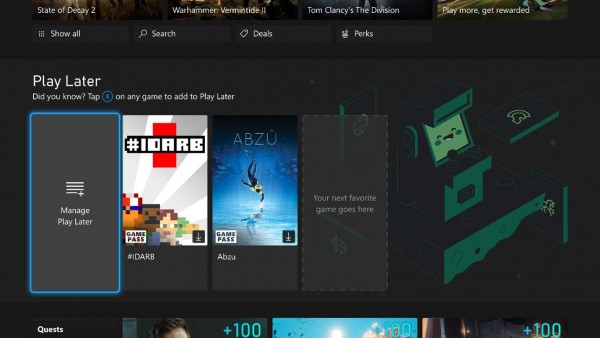 (Photo : Microsoft)
Xbox X/S and Xbox One users can now experience a next-level browsing experience with the latest Microsoft Edge browse. Tap here to discover what it can offer to the users.

According to Gizmodo's previous report about Microsoft's September software update, the latest Chromium Edge Browser introduces an ample set of new features, including the capability to use Google Stadia gaming apps.

Moreover, it's important to take note that Microsoft Edge has existed before on the Xbox One.

However, this time around, the newest browser version offered endless features that are essential for gamers.

Through the Chromium-based Edge, the user can now have an easy time using the search engine, just in case he/she has questions about game tips.

The notable addition of Google Stadia access will also benefit those users who do not want the Xbox Cloud Gaming service.

In another article written by Technosports, Microsoft noted that the newest Edge browser is perfect for a game-changing browsing experience for Xbox users.

Its appearance is quite similar to the desktop version that the company released before. When it comes to their features, in-setting sync-in, favorites, vertical tabs, and a lot more are present as well in the updated Chromium Edge.

Interestingly, you can now integrate your keyboard and mouse to the latest Microsoft Edge. Besides gaining access to Google Stadia games, you can also utilize other apps such as Excel, Word, and more.

The Chromium Edge does not only support computer accessories. You can also use your Xbox controller for a similar purpose.

For those who do not have a Discord app, this voice-chat application can be opened through Edge's web version. You can now start conversing with your friends and other people through multiple voices and text channels.

The only downside of the Xbox's Edge to the app is the lack of mic support.

Currently, Nvidia is still not allowing Edge to gain access to the GeForce Now game streaming.

When The Verge asked the GPU maker about that, it only said that it is running an investigation about supporting the Edge browser in the next updates.

Read Also: Microsoft Edge Browser Rolled Out To iPad And Android Tablets: Why Use It Over Safari And Chrome?

Around February, Microsoft announced that it would be shutting down the Edge Legacy browser to pave way for the Edge Chromium. The Redmond giant said that it would phase out the old browser to introduce more new builds and features in the Chromium version.

Along with the closure of Legacy, some MS 365 apps have been removed in the long-time browser.

In June, the company managed to transform its new laptops into an Xbox Series X.

Through the Xbox Cloud Gaming service, users can now be able to play games even when using an outdated laptop. The digital controls in the platform will represent the particular laptop keys.