Virgin Galactic said the FAA, or Federal Aviation Administration, has already lifted its spaceflight suspension for the space exploration firm after its SpaceShipTwo faced a safety investigation. 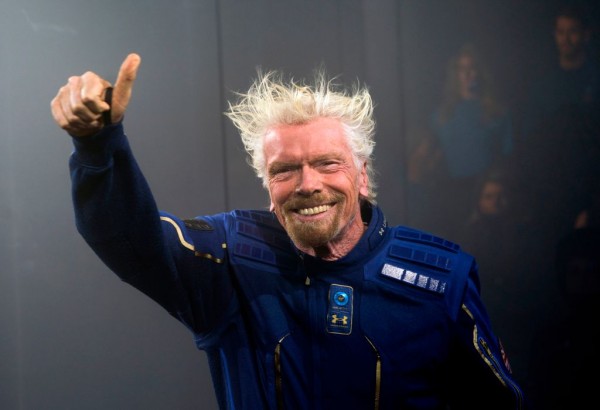 The FAA launched an investigation on the SpaceShipTwo spacecraft of the Virgin Galactic after it flew off course from the designated airspace as it was about to land.

It is to note that the scrutinized mission traveled its founder Richard Branson to space.

As per Phys.Org,  the FAA has already accepted the proposals that Virgin Galactic raised during the SpaceShipTwo investigation.

As such, the regulatory agency will now provide more designated airspace area for spacecraft to welcome disturbances like high-altitude winds.

On the other hand, Virgin Galactic assured that the company will be implementing internal processes, which would update the FAA air traffic control about the mission in a more timely manner.

Last Sept. 2, the FAA suspended the space firm Richard Branson's Virgin Group from making any space launches until the investigation of its SpaceShipTwo concludes.

Although some critics dubbed the trip of Branson to space a "dangerous trip," the billionaire, along with the crew of the mission, were able to land back on Earth on July 11 without any problems.

But it turns out that it is what they thought. A few weeks after its successful landing, the FAA launched its probe on space travel.

The FAA wanted to look into the Virgin Galactic space mission after it veered off from its route, which could have endangered the lives of the crew members, including its founder and CEO.

However, the space firm claimed that the change of direction was brought by the high-altitude wind. What's more, Virgin Galactic further noted that the spacecraft avoided locations with dense populations to prevent any additional public hazard.

That said, Virgin Galactic cooperated with the investigation and postponed one of its upcoming significant space missions until October. The company said that the flight was supposed to be the first-ever commercial research mission of the space firm called Unity 23.

On top of that, the Virgin Galactic commercial research flight in partnership with the Italian Air Force was further delayed to mid-October due to a manufacturing issue.

According to Business Insider, the problem was first revealed by the suppliers of Virgin Galactic, noting that the possible issue could affect the performance of the flight control actuation system of the space vehicle.

The Virgin Galactic boss announced that his firm decided to postpone the space mission as it follows an "abundance of caution."

With the FAA lifting the suspension of Virgin Galactic, the Unity 23 is likely to fly to space as planned, if there are no additional hiccups.

Related Article: Virgin Galactic Reopens Ticket Sales for SpaceShipTwo Spaceplane - How Much Should You Pay for a Seat?