Netflix's "Squid Game" dalgona candy recipe was revealed by a TikTok user in a video that immediately went viral. 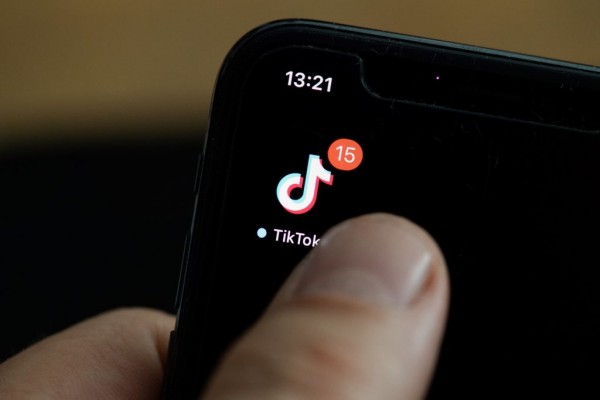 (Photo : by MARTIN BUREAU/AFP via Getty Images)
This illustration picture taken on May 27, 2020 in Paris shows the logo of the social network application Tik Tok on the screen of a phone.

The South Korean drama thriller entitled "Squid Game" has been the talk of the town globally as the show remained at the Top 10 chart of the video streaming platform, Netflix.

The Korean drama debuted last Sept. 17 on Netflix, which the CEO of the tech firm, Ted Sarandos, said is on track to be the "biggest show ever" in the streaming platform, as per NME.

Not just that, the exec also noted that "Squid Game" is set to be their biggest non-English show.

The dystopian drama follows a survival event wherein 456 financially struggling people are competing against each other to grab the grand prize worth 46.5 billion won ($38.5 million).

All these folks have to do to take home the hefty prize is to win traditional games that kids in South Korea play--but there is a catch: these children's games are paired with numerous twists that make the competition intense and deadly.

And one of the games centers on creating Korean street food, the Dalgona candy, which is basically a honeycomb cookie.

The participants of the challenge in "Squid Game" have to carve shapes into their wafer-thin Dalgona candy, according to Newsweek.

If the players failed to successfully draw into their cookie, and broke it, they would end up being eliminated, in every sense of the word.

Read Also: Netflix on Nintendo Switch: How to Watch and Stream on the Console Even If it is Not Officially Supported

As per Mashed, a TikTok user that goes by the username @audreysaurus shared the real-life recipe of the dalgona candy from the Korean drama on Netflix.

The said video has already garnered 1.3 million views on TikTok, along with more than 9,000 shares.

The trending TikTok user shared that the popular street food in South Korea is relatively cheap to create. Not to mention that it only consists of two ingredients, which should be available in your kitchen--sugar and baking soda.

The dalgona candy is stamped with a cookie cutter, similar to what the Netflix drama showed.

However, in real life, people do not win millions of dollars after carving shapes on the popular Korean street food. Instead, the street vendor would be generous enough to give a free candy as a prize.

To create your own version of the dalgona candy/cookie, follow these steps.

Related Article: TikTok is Now the Social Media Platform With the Most Watch Time Per User in the US and UK, Overtaking YouTube