Deep Brain Stimulation Could Be the Key For Worst-Case Drug Addiction: Here's How it Works

Drug addiction is one of the most common neurological problems that patients experience after an overdose scenario. This condition alters the brain structure.

Those who have gotten used to certain medications are often having a hard time getting over them.

Recently, researchers from the West Virginia University's Rockefeller Neuroscience conducted a clinical trial about a deep brain stimulation method. This technique will alleviate the treatment for the addicts. 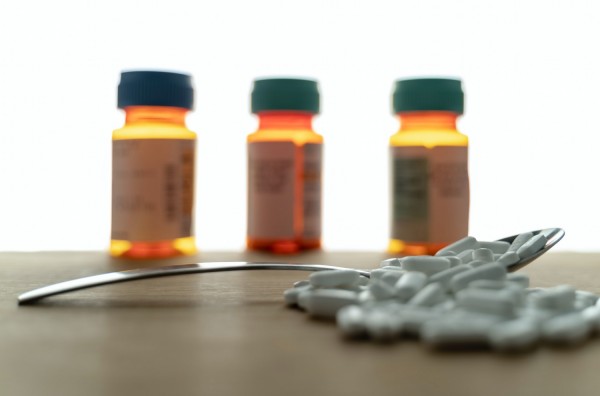 (Photo : Michael Longmire from Unsplash )
Researchers from a neuroscience institute conducted deep brain stimulation for the treatment of a drug overdose patient. Find out how the brain implant works.

According to a report by NBC Nightly News with Lester Holt on Thursday, Sept. 30 there was a patient who has been receiving treatment for this addiction. The doctors from a neuroscience-centered institute decided to carry out a brain implant for the patient.

36-year-old James Fisher was involved in the clinical trial at that time. Before the patient participated in deep brain stimulation, a certain condition should be met first.

The participants should have already gone to several failed rehabilitation tests. In addition, they should also have experienced multiple drug overdoses.

To treat Fisher's opioid addiction, the surgeons decided to include him in the trial. The brain implant procedure made use of wires that were placed inside his brain.

Since drugs with the likes of opioids have a big impact on a person's brain, the tendency to crave another substance is normal to a patient like Fisher.

According to the lead investigator of the trial, Dr. Ali Rezai, the hypothesis indicated that by utilizing DBS in a particular portion of the brain, they could control the surge of dopamine.

Moreover, the executive chair of the Neuroscience Institute added that drug addiction caused people to feel "good" through dopamine.

Most likely, the patients want to try again taking the drug to achieve a similar experience.

Fisher successfully went through the surgery. The operation was completed in late July. A month after the brain implant, he said that he was no longer craving for the drugs.

The first trial for deep brain stimulation took place in 2019. During the experiment, four people participated. They all have taken drugs before.

With the rampant case of drug overdose around the world, there is truly a need to stop the patient from resorting to drug usage. The researchers' brain implant has been used before for Parkinson's patients.

Brain Stimulation in the Treatment of Parkinson's Disease

From another article by Irish Times earlier this month, the same technique was used for those who have Parkinson's condition. The researchers performed a three-staged DBS.

The first stage is the assessment of a person if he/she could manage to complete the trial. The next phase involves implant surgery. The third and the last part of the method is about programming the system for the potential result.

In 2014, the same treatment was used by a team led by Michael DeLong. The neuroscientists discovered that 7.5% of the patients yielded a single complication within three months after undergoing DBS.

Another group from China made use of DBS to subdue the drug addiction of a patient. The metal device was implanted into the person's brain in the process.

After six months, the patient had reportedly regained his health condition. He also gained 20 lbs after recovering from a drug overdose