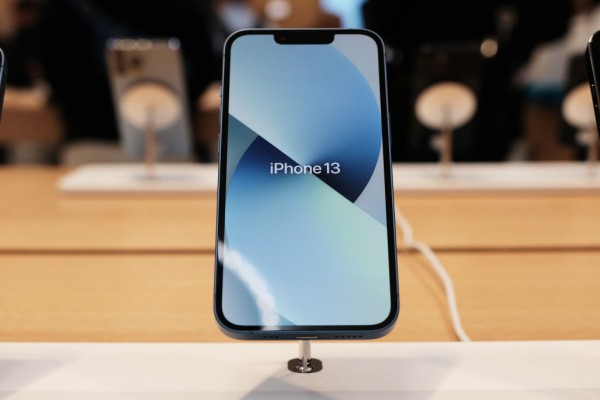 (Photo : by Spencer Platt/Getty Images)
NEW YORK, NEW YORK - SEPTEMBER 24: The new line of iPhone 13's are displayed at the Fifth Avenue Apple Store during the launch of the phones on September 24, 2021 in New York City. The new phones come equipped with a A15 Bionic chip, improved dual-camera system and longer battery life than the iPhone 12. The iPhone 13 Mini starts at $729, and the iPhone 13 starts at $829.

As per Lifehacker, it is not surprising that even devices with high-spec hardware and the latest software could still be susceptible to some imperfection.

That said, it is best to actually know the basic hacks to troubleshoot these early issues like the old screen freezing problem that many smartphones encounter from time to time.

It turns out that the black or freezing screen on iPhone 13 could be fixed by a commonly-used troubleshoot for tons of software issues--the force restart.

On top of that, the black screen problem on the iPhone 13 could also be attributed to the power source of the device.

So, this guide will also elaborate on how to properly check it. But more on that later.

How to Force Restart iPhone 13

First, here's how to force restart your iPhone 13 when the screen starts to freeze.

When your iPhone 13 ends up with a frozen display, obviously, you could no longer control the smartphone by using its touch screen. As such, one of the fastest ways to stop the screen from freezing is to force restart it.

It is to note that forcing your iPhone 13 to restart will only require the side buttons of the smartphone, such as the volume rocker and the side button which lets the device sleep, as well as turn on and off.

Here's how to force restart your iPhone 13

And that's it. Your iPhone 13 is now out from its black or freezing screen state.

How to Check iPhone 13 Power Source

According to SeekingTech, the black screen on your iPhone 13 could be a result power source problem. Thus, the device is not turning on and is stuck with a blank display.

That said, the best thing to do is to check the power source.

To do so, the first thing that needs to be checked is the charger of the smartphone. Look for any signs of physical damage from the cable and the adapter.

To confirm if the culprit of the black screen is the charger, try using another cable or adapter to see if the blank display remains on your iPhone 13.

If nothing still shows up, wait for 30 minutes until the battery icon appears on the screen on your phone.

However, if the frozen or black screen does not go away after doing two of these troubleshooting options. It would be best to bring your iPhone 13 to Apple to get its much-needed servicing.

Related Article: How To Use iPhone 13 Photographic Styles Exclusive Feature? Apple Says This Function Could Expand To Other Models