In the upcoming game, players will be engaging in fast-paced battles against enemy spacecraft, mech, and massive capital ships. Gain new abilities, weapon configurations, skills, and more as you unlock capabilities and upgrade your arsenal to match your playstyle. 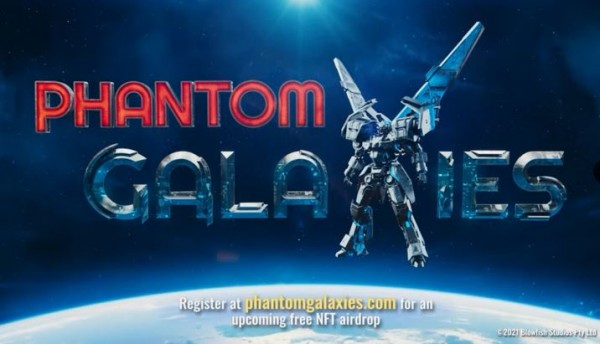 In Phantom Galaxies, players will be immersed in a thrilling science fiction adventure to protect the sprawling human colonies located at the frontiers of known space. They will enlist in the elite Ranger Squadron and start piloting a Mechanized Starfighter, using its weapons and capabilities to defend mankind against the campaign of the Sha'Har, a mysterious and warlike civilization bent on driving humans extinct in retaliation for desecrating its hallowed tomb worlds.

"Our goal with Phantom Galaxies is to provide not just an amazing game experience but also a shining example of how publishers can put real in-game governance in the hands of the players," explains Animoca Brands chairman and co-founder Yat Siu.

As you upgrade your mech, you can unlock additional variants for each of the four mech classes. Plus, you can customize your loadout to suit any type of battlefield.

Travel to different star systems, explore space sectors inhabited by rogue factions, scavengers, pirates, and more. Players will also have the choice to join one of the power player corporations overseeing the galaxy. In-game choices will have a domino effect sent across colonies and systems, affecting the player's reputation and affecting how the Phantom Galaxies story unfolds.

"Phantom Galaxies is a gorgeous and evocative medley of everything we love about science fiction and action RPGs," said Blowfish Studios CEO Ben Lee. He adds that building this game had them "over the moon," expressing excitement to see players pilot their own Mechanized Starfighters.

What sets Phantom Galaxies apart from other games is that assets used will be truly ownable, which empowers players to have their own digital property rights in games. In most video games, content is provided to users on a licensing basis, and the game publishers maintain ultimate ownership of the game and all within it.

Blowfish Studios is an award-winning game developer and publisher known for high-quality, multi-platform titles like QBism, Siegecraft, Morphite, Projection: First Light, and Storm Boy. The studio is a subsidiary of Animoca Brands and is currently headquartered in Sydney, Australia.

Animoca Brands has emerged as a leader in digital entertainment, gamification, and blockchain, ranking in the Financial Times list of High Growth Companies Asia-Pacific 2021. The company develops and publishes a wide range of products such as REVV token and SAND token; original video game titles like The Sandbox, Crazy Kings, and Crazy Defense Heroes; and products using large IPs, including Formula 1, Marvel, and WWE.