Carbon Capture Tech Under Development to Prevent CO2 from Warming Up Planet, Climate Change from Worsening

Carbon Capture technology is now being developed by a group of researchers from the University of Texas and ExxonMobil, and it aims to be a safeguard to Earth's worsening climate conditions. Global warming is upon us, and despite the many reductions and cuts down on several industries, only a small amount is contributed.

Many innovations focus on changing the current status quo of the environment today; they are known for their aims to help the Earth from what it currently faces. Artificial Intelligence aims to bring its offers and features to evaluate tipping points down to the carbon-free steel for Volvo known as "Green Steel" to reduce emissions worldwide. 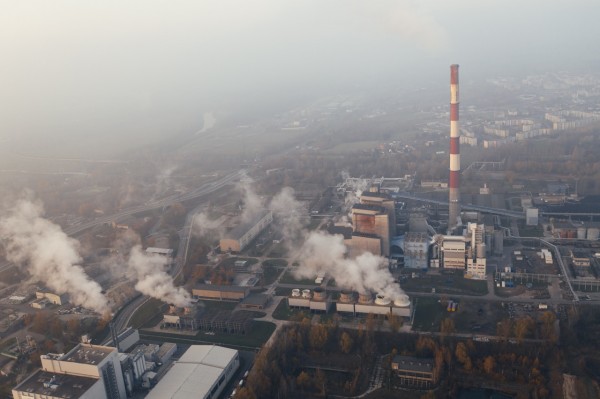 The Cockrell School of Engineering has debuted a novel way or method which aims to supercharge a metal using carbon dioxide, which would then capture carbon dioxide emissions and keep it at deep-sea levels. That is a massive venture and a promising technology that is being developed, especially as it aims to reduce carbon emissions worldwide.

It is known that too much carbon dioxide has warmed up the world for a long time now, and the lack of trees around does not help in absorbing the said compound. And since trees do not instantly grow out of the soil and can absorb the carbon dioxide immediately, it is up to science and technology to answer its shortcomings.

The researchers have devised a way to capture carbon and have it stored in a place where it would not be bothered, as well as prevent it from escaping to help in wrecking more of the ecosystem. Also, it can help in reducing the strain which the ozone layer has taken over the past decades that led to its demise.

The Carbon Capture technology works as a sort of magnet for carbon dioxide, and it can put it on specific containers that can handle the elements. The University of Texas focuses on putting it on a storage device, something which they can put on low temperatures and high pressure, which would then trap the said compound.

This means that the storage device it would use should be put underwater and on the deep parts so that it would remain there and would not escape.

Carbon capture is a novel innovation, especially as it requires metal to be supercharged before it can attract the said compound and trap it in a container and under the seas.

How Will it Protect the Environment?

The Carbon Capture technology can help protect the environment by trapping all the contributors to global warming away, effectively reducing them. However, the researchers have noted that it is not the answer to all, merely insurance for humans to reduce carbon emissions.

The campaign and actions against carbon emissions should still be observed so that the planet would be strained or damaged more than it has been now.

Related Article: Earth Has Lost A Bit of Its Brightness, And That's NOT A Good Thing