Google's AI-focused company, DeepMIND has taken the precipitation nowcasting to the next level through a new model.

Now, the engineers can use it to predict the chance of meteorological events in the next hours. 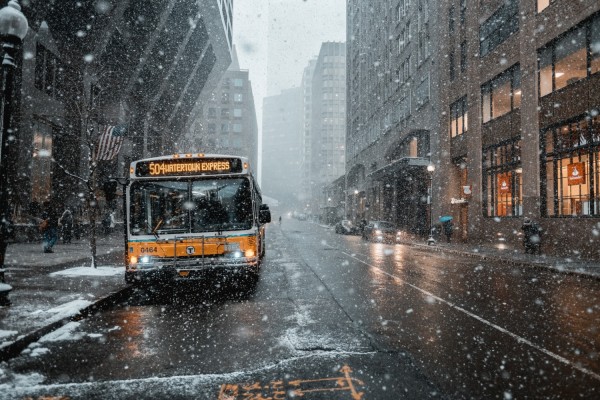 Before, we only relied on the news about weather forecasts. To be more prepared, we used to bring umbrellas and other protective equipment to shield ourselves from bad weather.

With natural disasters coming across the world, the chance of them hitting a community might be hard to calculate. But not all modern meteorological tools can provide a reliable reading of the precipitation.

According to a report by Science Alert on Friday, Oct.1, engineers from Google DeepMind have introduced a new precipitation model with high accuracy.

In 89% of cases, this model showed a promising result in the field of artificial intelligence. The so-called generative modeling makes use of machine learning to yield more trained data for nowcasting.

DGMR, or the Deep Generative Model of Rainfall, has been discovered to be an accurate predictive tool for precipitation. This model can produce results within the next hour or two.

Google DeepMind Nowcasting team wrote in its blog that the AI-centered collaboration would provide more opportunities for future environmental challenges.

Weather Prediction Model Has Some Flaws Too

Even though machine learning is often incorporated with weather prediction modeling, there is still an area that needs to be improved.

While we look at the accuracy of the new model when it comes to precipitation, the challenge was seen to be performing poorly around zero to two hours, according to DeepMind's staff research scientist, Suman Ravuri.

Meanwhile, the UK meteorologists lauded the development of the DeepMind model. For future purposes, the researchers could combine it in monitoring the current weather prediction patterns.

For the Google DeepMind team, there are still some improvements that should be implemented in the upcoming models.

Furthermore, the researchers will aim to boost DGMR's accuracy in the long run.

Read Also: Drones Could Help With Airborne Seeding, But Only If Enough Seeds Grow

In 2016, the researchers devised a weather model that could predict stronger yet smaller storms in the United States. The findings were affected by the existing presence of atmospheric carbon dioxide.

The model also suggested that the storms that would emerge in the next few years would be more intense. This is because climate change keeps on shaping them.

In another report in 2018, NASA introduced a landslide model that made use of torrential rains for landslide threat detection. The imaging model relies on real-time processing.

This would be helpful for areas that are landslide-prone.

At that time, the researchers hoped that fatalities and destruction of properties could be mitigated as much as possible.