Facebook ‘Horizon Worlds’ Metaverse is User-Created, But Is Not Releasing Anytime Soon

Facebook is aiming to expand its user-created metaverse, and it already has a name, "Horizon Worlds," which the company has recently invested billions on, despite having no guarantees of success. Currently, the "Horizon Worlds" is in an invite-only beta where people are looking into having their world via the social media platform.

"Facebook Horizon" was the old name, and it is currently on Oculus with its updated name. It would highly focus on virtual reality (VR), as well as augmented reality (AR) that would debut a new experience to people, as they deal with new spaces to evolve in, with a "responsible" creation of the new world.

The Metaverse concept is not only from Facebook during these times, as Epic Games and other NFT games are also looking into the new world or space. 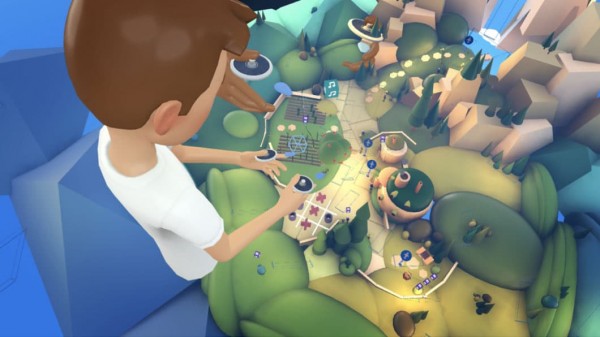 The metaverse venture of Facebook is not new, and it has been known to the public since its initial conceptualization and when Mark Zuckerberg was intent on pushing for it. However, now, reports are saying that Facebook has invested another $10 million on it so that it may give creators several tools to help in building it.

Yes, the new metaverse of Facebook would invite help from the public, and it means that it would be user-created, as well as a collaboration from different programmers, coders, and editors. It would be a metaverse that has collaboration and the world joining hand-in-hand to create and soon debut.

It was said that Zuckerberg and the big blue social media are going "all in" on the meta venture, something which the company would soon complete. However, the metaverse remains a cloudy figure in the future of Facebook, as it does not have a specific concept for it that was released to the public.

Facebook's Horizon or "Horizon World" is already on Oculus, and it was said to provide a first-look on what to expect on the metaverse. However, others said that it is the beginnings of Facebook's metaverse, something that would serve as the foundation and what would be what people expect in the venture.

The new funding is to help further the project, something that Facebook is aiming for during these times.

Moreover, the Oculus would be the main tool that Facebook would use for its metaverse, as it integrates people into technology, AR, and VR.

For now, the Metaverse's release date from Facebook remains unknown, and it is for a good reason. First is that it still aims to develop and expand the world, as it takes time and effort to make it appealing for all.

Moreover, it may be so that the concept of the metaverse is not yet finished and is only something that is in its early stages.