"Star Wars: The Old Republic" is about to celebrate its 10th anniversary, and its "Legacy of the Sith" expansion is due to arrive during the holiday season this year. One of the add-ons included in the expansion is currently being tested in a public test server.

The "Legacy of the Sith" expansion is set to add revamped combat styles to the decade-old game, along with a new storyline that players can enjoy. 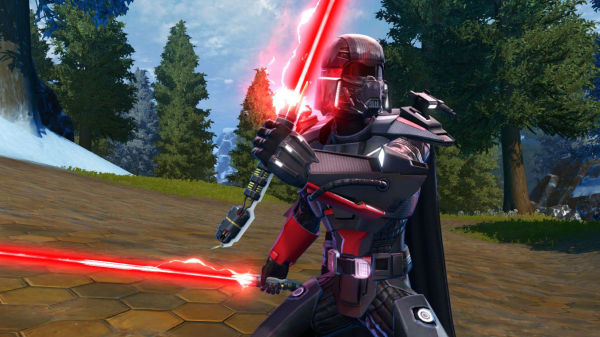 A public test server is currently testing updated combat styles that will be included in the "Legacy of the Sith" expansion of "Star Wars: The Old Republic."

According to an announcement posted on Steam, "Players can now test and give initial feedback on the updated Mercenary, Powertech, Juggernaut, and Marauder Combat Styles on our Public Test Server (PTS)."

The announcement also notes that current combat styles, including Jedi Guardian, Sentinel, Sniper, Operative, Assassin, and Sorcerer, are still available in the PTS.

"In the Sith Warrior and Bounty Hunter's current state, there is quite a bit to learn and memorize--you need to understand active abilities, passive modifiers, selectable utilities, and how they all work together," the announcement reads.

"Our goal is to make these relationships clearer and easier to understand, while also ensuring that the class retains its identity," the announcement adds.

According to a report by PC Gamer, these updated combat styles will allow players to choose the skills and abilities of the game's classes.

Since this is the first time that players will have a good look at the revamped combat styles, what will be available to play and customize will be limited. You can read about how to access the PTS here.

Future updates will be made available for testing on the PTS in the coming weeks.

There are eight different classes that are available in the original game. These include the Jedi Knight, Jedi Consular, Smuggler, and Trooper if you pick the Galactic Empire and the Galactic Republic and Sith Warrior, Sith Inquisitor, Bounty Hunter, and Imperial Agent if you select the Sith Empire.

'Legacy of the Sith' Expansion

As "Star Wars: The Old Republic" celebrates its 10th anniversary this year, an expansion to the game is set to be released during the holiday season. The expansion is called "Legacy of the Sith."

The storyline of the "Legacy of the Sith" expansion revolves around the hunt for a renegade Sith called Darth Malgus. The expansion also adds two new planets to the game, Manaam and Elom.

'Star Wars: The Old Republic' Expansion: What to Expect From "Legacy of the Sith"'