Bosch China said the ongoing global chip shortage would continue to hit more Chinese car manufacturers in 2022. The statement came from its head on Wednesday, Oct. 13 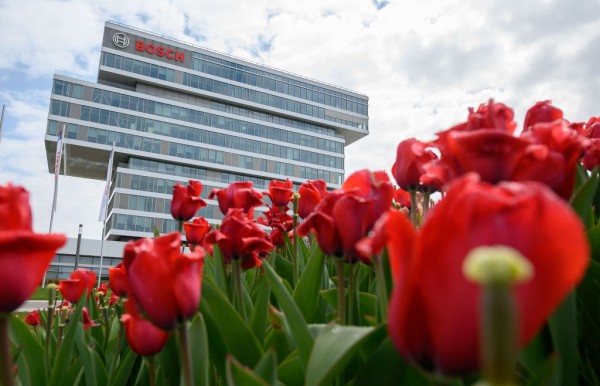 (Photo : SEBASTIAN GOLLNOW/DPA/AFP via Getty Images)
Picture taken on May 6, 2019 shows the research campus of Robert Bosch GmbH in Renningen, southern Germany. - Bosch held its annual press conference on May 9, 2019

According to a report by Bloomberg, the Bosch China president Chen Yudong pointed out that there will be a chip crisis in 2022. In July, only about 20% of clients' orders were accomplished by several chipmakers.

During the China Auto Supply Chain Conference, Jiang Jian, the German auto supplier's Chinese vice president, saw some improvement in the state of chip manufacturing in August. However, it's still not enough to cope up with the situation.

The Chinese automakers experienced a huge drop in their sales this year. Last month, the total sales of the vehicles plunged to 19.6% year-on-year.

To adjust to the chip problem, some China-based EV manufacturers such as Li Auto and Nio decided to lower their forecasts for the quarterly production.

According to Chen, the continuous global semiconductor shortage would still remain "very low" in numbers in China. The Bosch China head estimated that it would take place for the remainder of this year.

While the problem persists in impacting many tech giants, Chen said that he could see developments that would happen over time. At the end of 2022, the firm anticipated that the chip supply would still fall 10% to 20% lower than the previous demand.

Bosch China head added that the problem began during the second half of 2020. At that time, the automotive brand aimed to mitigate its impact by improving the local chip production.

Yicai, a Chinese publication, reported in September that Bosch is the world's largest supplier of car parts. In China, the company takes over 70% of its supplies.

From another report by Tech Node, the Chinese auto manufacturer Li Auto has slashed its delivery forecast. Before, the company could make 26,000 vehicles. Now, they limited the units to 24,500 in the third quarter of 2021.

On the other hand, another China-based firm Nio concluded to cut 1,500 units from its standard number of 23,500 vehicles.

Back in March, the chip shortage hit huge companies, including Apple, Sony, Samsung, and other firms which rely on semiconductor supplies.

At the time of writing, the alarming problem was reported to cause price increases in different tech products such as smartphones and electric cars. Since the supply could not catch up with the demand, many analysts thought that the lack of supply was already at its "critical point."

In May, Tech Times reported that Glenn O'Donnell, the VP Research Director of Forrester, said that the semiconductor crisis or the "chippagedon" would push through until 2023.

Related Article: Global Chip Shortage to Be Answered by Sony and TSMC's New Plant in Japan? Would This Affect Relationship with Apple?