Apple's M1 Pro and M1 Max-powered MacBook Pro models, along with the new AirPods launched during the "Unleashed" event of the Cupertino giant, and are now available for pre-order.

As per Engadget's latest report, the latest event of the iPhone maker mainly focused on two things: the Mac and music.

To be precise, Apple debuted the first M1-powered MacBook Pro with an M1 Pro and M1 Max chips. Not to mention that the event also saw the next-generation AirPods that sported a new design from its predecessor. Meanwhile, the smart speaker of the Cupertino giant, HomePod, now has more colorful options.

During the event, Apple also announced that these devices will now be available for pre-orders.

New AirPods: How to Pre-Order

That said, here's how to pre-order the latest version of the Apple AirPods. 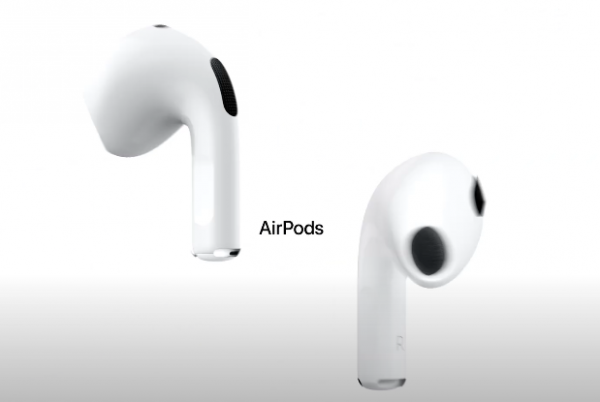 The all-new AirPods is technically its third generation. However, its name does not indicate this. It is to note that some early rumors expect it to be called the AirPods 3.

The latest version of the AirPods now sports wireless charging support, along with spatial audio support.

On top of that, the new AirPods also looks more like the AirPods Pro with its new contoured design.

Apple also decided to squeeze in both sweat and water-resistant features, which could be best for folks subscribing to an active lifestyle. Not to mention that its battery life also improved, which now lasts for up to 30 hours of listening time.

The AirPods (3rd gen) is available for pre-order with a price tag of $179 at the Apple online store starting today. However, it will start shipping to its buyers by Oct. 26.

MacBook Pro: How to Pre-Order

The highlight of Apple's "Unleashed" event is the new MacBook Pro models, which also introduced more powerful iterations of the M1 chip, the M1 Pro, and M1 Max.

According to The Verge, the M1 MacBook Pro lineup has two sizes to choose from, the 14-inch model and the 16-inch model.

Aside from the beastly performance and specs upgrade, Apple decided to bring back the ports on the MacBook Pro that it purged way back in 2016.

As such, the M1 MacBook Pro models sport an SD card reader, headphone jack, MagSafe 3, Thunderbolt 4, and an HDMI port.

The 14-inch MacBook Pro only comes with an M1 Pro chip, but there are options to increase the GPU and CPU to 16-core and 10-core from the base model's 14-core and 8-core, respectively.

Both models could also be pre-order on Apple's website starting today, but they will be shipped out on Oct. 26 as well.

Related Article: MacBook's Next Release to Have Smaller Notch for Camera? Unleased Event on Oct. 18 Draws Near