Batman and "Fortnite" have a new collaboration, and it would be under DC Comic's crossover for the graphic novel and battle royale that would be called "Batman/Fornite: Foundation." This is a new one-take comic book series that would feature the arrival of "The Foundation" in Gotham City, and it would involve other DC Comics superheroes and names.

That is right, DC and Epic Games have another crossover, and it would be with the popular Caped Crusader of the DC Universe that is previously known to have crossed over to the battle royale. One of the biggest crossovers up to date, the "Batman: Zero Point," has brought the popular protector of the night to the game along with several of the Bat-family. 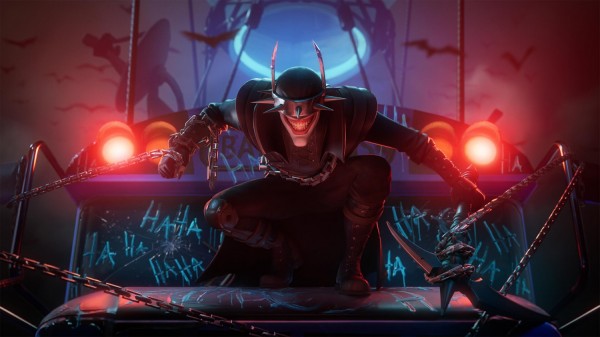 There is a new villain in town, and this ominous figure is something which "Batman," and the fans of the hero is not familiar with, someone that was sent by a mysterious organization known as "The Foundation." DC says that this is the latest crossover with "Fortnite," and it would both be featured in the graphic novel and battle royale.

Not much is known about "The Foundation", but one thing is for sure, and it would be that the new character would give the Dark Knight a run for its money, as it falls upon Gotham City. The trailer by DC that was revealed earlier shows Batman confronting the new character, which he has noticed to emerge from the Zero Point.

Here, the trailer also shows Superman fighting against a copy of himself, as well as the Flash, Hawkman, and Wonder Woman, which are joining hands to defend the city. The siege has no particular plot or background yet, but it showed that mayhem has erupted all over the city, with only the Justice League to protect them.

This time, @FortniteGame comes to Gotham 🎮🦇 Get ready for another epic adventure in #BatmanFortnite: FOUNDATION #1: https://t.co/dn0k5PMlJC pic.twitter.com/r5RRll44c4

"Fortnite" has also released a teaser of an upcoming skin that shows a new figure that was said to come from "The Foundation," which depicts that it would be a character that would cause chaos. The focus of the trailer is "where" this sinister figure came from, and there are massive speculations that it came from Zero Point.

Who is the New Skin?

As Knight falls, The Foundation will rise.


The Batman content in "Fortnite" has a massive indication that the World's Greatest Detective will come across the Battle Royale again, where he would follow on leads regarding The Foundation. Moreover, the new character is dubbed as "The Batman Who Laughs," and it indicates that it may be someone who knows the Dark Knight very well and may very well be a clone in an alternate reality.

Not much is yet revealed on the character, only that it would be a new figure for Batman to investigate, defeat, and clash fists again to uncover the truth.

Related Article: 'Fortnite' Kaws Skins are Now Available in the Item Shop! How to Get Them and What to Expect