Google's Pixel 6 was unveiled earlier today, and it brings the two variants of the latest smartphone from the internet company that presents a new device to battle against smartphone giants in the industry. Completing the Pixel experience would not be full if not for its accessories, and it has an accompaniment of noteworthy ones that people need.

The Pixel 6 is a device that can stand alone, but these accessories may be just what a person needs for their Google experience. 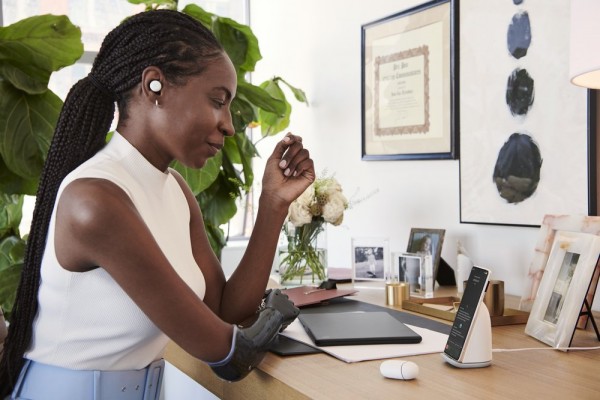 The Pixel Stand has been around for a long time now, especially as it introduced a hassle-free and cable-free charging experience for Google. The plugging and unplugging on its USB-C port are known to reduce its functions with regards to data transfer, plus cables are known to get broken for its usage (wear and tear).

Google has taken this opportunity to update its Pixel Stand to Generation 2, and it comes with 23W of wireless charging to be supported by the new Pixel 6 phones.

The Pixel Stand 2 is fairly affordable at an introductory price of $79, but Google said that it is coming soon, and the public may have to wait for its release in the coming months.

Read Also: How to Screenshot on Chromebook and Saving the Copy

Its price is $99, and it comes in different colors that can be matched to one's new device.

The sound profile of the device is enough to complete the Pixel experience, without the hassle of being charged for more or expensively for its quality.

The Pixel 6 from Google

The Pixel 6 is the first one that has the public release of the Android 12, courtesy of its parent company, Google, which would also rollout its updates for other Pixels soon. The device has been highly awaited by the public, especially as it promises to be the most powerful device on the current lineup, and would expand more with its latest offerings.

Moreover, the Pixel 6 variants both have the custom-built silicon-based system-on-chip (SoC) by the company called the Tensor chips, and it is Google's first take on this. It was said to be giving the Apple and Qualcomm SoC a run for its money, and one of Google's first version of the chip to fight against those that have been in the industry for so long.

The accessories for the Pixel 6 like the Pixel Stand and the Pixel Buds are here to complete the experience of the new device from Google.

It is a powerful smartphone, no doubt, and it brings a lot to the table. The accessories of the phone would only enhance the device to achieve some of its full capabilities and complement usage.

Related Article: Google Pixel 6 Wireless Charging to Have 23W of Power, Larger than the iPhone 12 Magsafe