Google recently announced that its first and newest system-on-chip (SoC) called Tensor will be featured in the upcoming Pixel 6 smartphones.

For those who have been waiting for this news, this is one of the memorable breakthroughs of the company in two decades when it comes to computing. 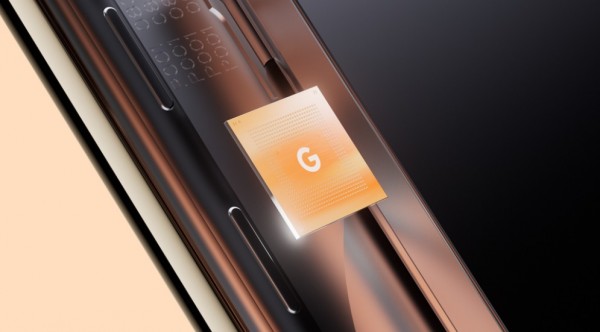 In a statement, Google CEO Sundar Pichai said that it took them four years to finally reveal their first SoC to the public.

According to a report by Engadget on Monday, Aug.2, the Tensor chip will rely on machine learning and AI to bring something new to the flagship phones.

Google's first custom chip has been promising so far in its first teaser since the computational technology looks completely solid to the company.

The tech titan assured that the next phones can now avoid overheating issues while running AI-related tasks.

The Pixel 6 and Pixel 6 Pro phones are expected to be unveiled in the fall. At the moment, what we only know is its name, and what phones will adopt this Google SoC.

In the coming months, the company will reveal the specs for the upcoming chip, according to Google's chief of hardware, Rick Osterloh.

The Verge reported that the Tensor mobile processor will be used for AI operations. Previously, many leaks came out that hinted at the company's upcoming chip under the Project Whitechapel, its codename.

During that time, Google remained tight-lipped about the rumors regarding its chip.

It turned out that it would be designed for machine learning as Osteloh mentioned.

Moreover, he added that this particular SoC will be based on the Tensor Processing Unit or TPU. Usually, AI researchers are the ones who use this chip.

Osterloh further explained that the Tensor chip will not be there to hasten your phone's performance. Instead, it will come to the Pixel 6 and Pixel 6 phones so that it would improve the image signal processor (ISP).

What the Tensor processor will achieve will make easy and fast RAM access through its newly-designed memory architecture. This will also be responsible for a high level of image processing.

Of course, with this being Google's first mobile chip, Osterloh conceded that people might see the company as unproven since the company is not inclined in the chip-making business.

However, he did push back by saying, "I think people are pretty aware of Google's overall capability."

Although the global chip shortage has not yet stopped, Osterloh said that the company will focus on improving the phone's heat management and power.

Google is now heading to a chip competition with other companies, and the arrival of Tensor could make or break what it has started.

In March, the current leak about Google Pixel is that it would come with a new Qualcomm Snapdragon 775 chipset. The basis of the leak is the previous chip from Google Pixel 5 last year.

Meanwhile, Google said last month that in the next few months, the Pixel 6 batch would be reportedly having up to five years of software support.

Related Article:  Google Pixel 6 and Pixel 6 Pro Whitechapel Chip Features Leaked, What Can It Do?