Meta To Remove Facebook Face Recognition Algorithms, Templates—What Are the Benefits to Users?

Meta announced that it would soon remove the long-time running Facebook Face Recognition feature. Although this function has been useful for the past few years, many consumers also criticized it because of some issues.

(Photo : Photo credit should read DENIS CHARLET/AFP via Getty Images)
TO GO WITH AFP STORY BY ISABELLE TOUSSAINT - A dog stands in front of a computer screen with a facebook page opened on it, on January 4, 2013 in Lille, Northern France. AFP PHOTO / DENIS CHARLET

"In the coming weeks, we will shut down the Face Recognition system on Facebook as part of a company-wide move to limit the use of facial recognition in our products," said Meta via its official blog post.

Mark Zuckerberg's company added that they need to identify the positive use cases for the popular face recognition function over the growing concerns against it.

As of the moment, Meta still hasn't confirmed the shutdown date of the FB feature.

According to The Verge's latest report, the popular face recognition, which was first introduced back in 2010, would be completely deleted soon. 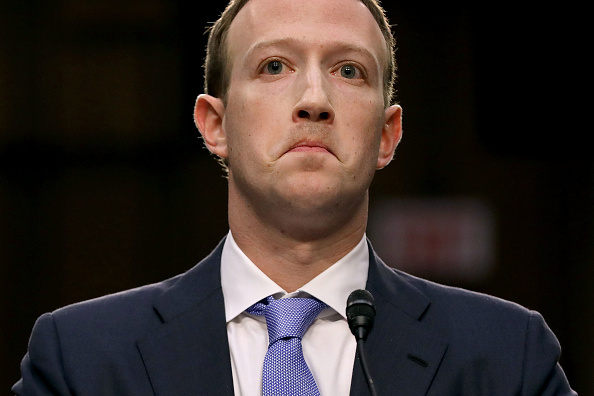 (Photo : Photo by Chip Somodevilla/Getty Images)
Facebook co-founder, Chairman and CEO Mark Zuckerberg testifies before a combined Senate Judiciary and Commerce committee hearing in the Hart Senate Office Building on Capitol Hill April 10, 2018 in Washington, DC. Zuckerberg, 33, was called to testify after it was reported that 87 million Facebook users had their personal information harvested by Cambridge Analytica, a British political consulting firm linked to the Trump campaign.

This means that users who opted in will no longer be automatically recognized in videos and images, affecting billions of Facebook users.

Meta explained that more than a third of FB's active users are currently relying on the face recognition feature to be identified in various posts.

Although the giant social media platform, now a metaverse company, said that this AI-based feature is quite useful, removing it is still the better decision since it could increase user confidence when it comes to privacy protections.

In other news, Meta is also doing other activities to enhance its new technology further. These include acquiring the Supernatural VR workout app.

However, some concerns about Meta are now appearing. Recently, we reported that the former Google CEO said that there could be some issues with Facebook Metaverse replacing human relationships.

Meta Not the First Company To Remove Face Recognition

The New York Times reported that Meta is just one of the companies that decided to remove the face recognition feature.

Microsoft, IBM, and Amazon already made this effort: pausing or permanently pulling out their facial recognition techs because of privacy concerns.

However, since Meta is still removing this function, its decision could still change depending on the consumers' concerns. Right now, the best thing you can do is wait for the company's further announcements.

For more news updates about Meta and its upcoming actions, always keep your tabs open here at TechTimes.