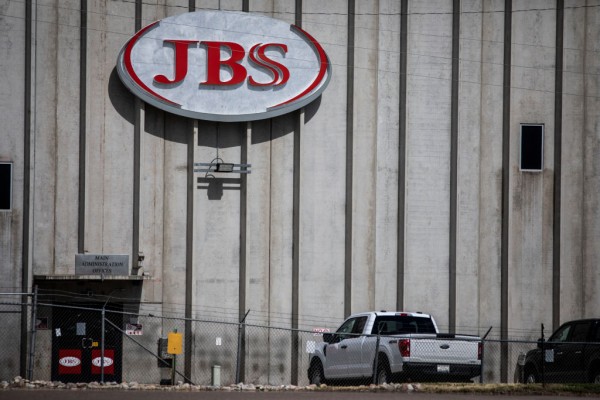 (Photo : Chet Strange/Getty Images)
GREELEY, CO - JUNE 01: A JBS Processing Plant stands dormant after halting operations on June 1, 2021 in Greeley, Colorado. JBS facilities around the globe were impacted by a ransomware attack, forcing many of their facilities to shut down

Ransomware attacks so far have been traumatizing for organizations and businesses, especially with their unprecedented impacts. This 2021, there are no clear signs of when they will stop since the cases of cyberattacks continue to rise.

According to a report by Help Net Security on Wednesday, Nov.3, these malicious schemes have escalated to 148% in the third quarter of the year. With that being said, this period is regarded to be the most ransomware-prone year in the book.

Dmitriy Ayrapetov, the VP of Sonic Wall's Platform Architecture, said that the ransomware actors underwent evolution compared to their previous versions a few years back.

In line with this topic, let's have a quick look at the most influential ransomware attacks that have happened so far.

Most Notable Ransomware Attacks in 2021

Back in May, the most popular ransomware attack that took place was the Colonial Pipeline attack. The hackers demanded a ransom worth $5 million. Due to its wide-scale damage, 50% of the fuel systems in the eastern US have been affected by it.

The investigation concluded that the DarkSide organization was the responsible group behind this attack. Starting from its plan to infect the pipeline systems, the cybercriminals knew how to obtain more money from slowly accessing the systems.

What's wrong with the Colonial Pipeline is the simplicity of its security. The company did not rely on multi-factor authentication, which would explain how the hackers easily invaded the computers.

Related Article: FBI Says Ransomware Attacks Could Be Triggered by Stock Valuation and Other Financial Events

IT management firm Kaseya was hit by a ransomware attack back in July. At that time, many cybersecurity analysts wondered about the culprit behind the massive hacking.

Later, it was found out that the notorious REvil ransomware gang had successfully installed zero-day vulnerabilities in the company's VSA (virtual system administrator) software.

The attack had inflicted damages to at least 200 companies while at least 50 customers have reportedly used the VSA remote software.

The demanded ransom on this incident has reached $70 million.

World's biggest meat supplier JBS did not escape the wrath of a cyberthreat. Again, the suspect for this malware attack was the REvil ransomware group.

Following the action from the Russian hackers, the company was forced to stop all of the existing operations in the plants. At that time, JBS suffered the most damage among the food-based companies.

The CEO of the company came up with the idea of paying the group $11 million ransom just to avoid data leakage.

Last month, another food firm Ferrara experienced system encryption from the hands of the attackers. The US candy maker noted a sudden disruption that happened following the event.

How to Protect Yourself From Ransomware Attacks

According to ISACA.org, five ways can help you mitigate the impact of cyber threats. Here are they: