"Fortnite" is done with their Travis Scott collab, at least for now.

Epic Games promptly removed the Travis Scott emote from the game a few days after the tragedy at the rapper's Astroworld event in Houston, which led to the deaths of multiple people, GameRant reports.

(Photo : JOHANNES EISELE/AFP via Getty Images)
A Fortnite logo is pictured during the final of the Solo competition at the 2019 Fortnite World Cup July 28, 2019 inside of Arthur Ashe Stadium, in New York City.

The emote was one of the biggest "Fortnite" collaborations in recent memory. But when it was pulled, it wasn't just the emote. Apparently, the entire section of the item shop where the emote used to be was gone.

Here is a recent tweet from Epic Games (via @FortniteStatus) which seemed to suggest the removal of the rapper's emote, but didn't name it directly:

As you can see in the tweet, Epic says that while the "Daily" section of the in-game item shop is disabled, it will be restored with the next "refresh" of the shop.

Recently, the Travis Scott emote was on sale. While Epic didn't explicitly say so, there were speculations that it got a price cut in line with the Astroworld event, reports The Verge.

But for this one, it looks like the "Out West" emote was the only Travis Scott-themed "Fortnite" emote affected and nothing else. The emote features a sample from Scott's song of the same title, writes Eurogamer.

"Fortnite" is no stranger to collaborations with big names in the entertainment, sports, and even fashion industries. Recently, Epic snagged a deal with high-fashion brand Balenciaga to offer both physical and digital outfits for fans.

The collaboration with Travis Scott, however, is one of the most high-profile--and, as such, likely held a lot of sway when it came to the removal of the "Out West" emote.

What Happened In The Astroworld Fest?

For those who haven't heard, there was a tragic incident at the rapper's Astroworld event in Houston, Texas that killed a total of eight people and injured roughly 300.

Various media reports suggested that the entire event was dangerously overcrowded due to people without tickets storming one entrance. According to a lot of concert-goers, crowd control was minimal, which likely led to the fatal crush.

Both Scott and fellow rapper Drake have now been sued for around $1 million in damages, according to the BBC. 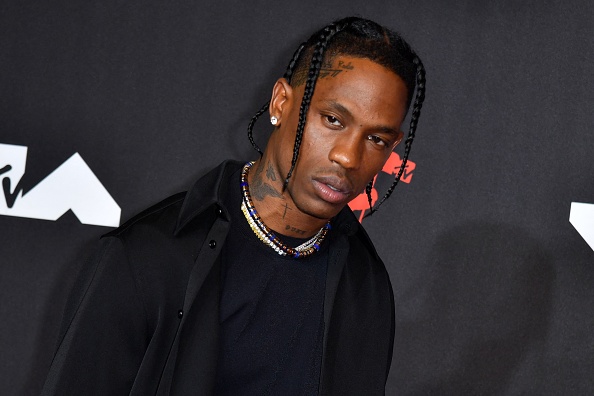 In light of the tragedy, Scott has announced that he will be helping cover funeral costs, and will also offer mental health services to other affected people, writes CNN.

'Fortnite' Emotes Getting Pulled Are Nothing New

Over the past few years, "Fortnite" emotes--even the most high profile ones--have never been permanent, shall we say.

Epic Games has pulled multiple emotes off their battle royale game's in-game store several times already, so this isn't new. The reasons for pulling the emotes varied greatly, but mostly, they were taken down because the original creators of the moves didn't give their permission.

Epic still hasn't issued an official statement directly pertaining to the removal of the "Out West" emote as of this writing.

‘Fortnite,’ Balenciaga Collab to Bring Digital and Physical Outfits for Fans and Gamers to Enjoy—How to Buy