iPhone X with USB-C port's auction on eBay comes to an end with the winning bidder paying $86,000 to cop the modified Apple phone that ditched its lightning cable. 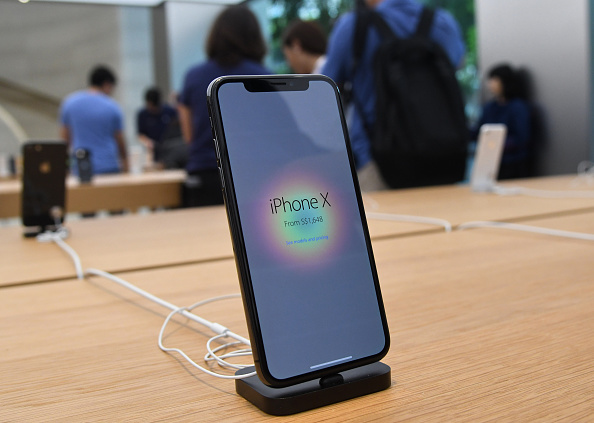 (Photo : by ROSLAN RAHMAN/AFP via Getty Images)
The new iPhone X smartphone is seen on display at Apple launch in Singapore on November 3, 2017.

As per the report by Apple Insider, the creator of the first-ever iPhone with a USB-C port assured that the modified phone charges its battery property.

Not to mention that the engineering student Ken Pillonel further guarantees that all of the features of the device are working as they should.

However, the engineering student that modified his iPhone X with a USB-C port said that its new user should refrain from restoring the smartphone with a lightning cable. 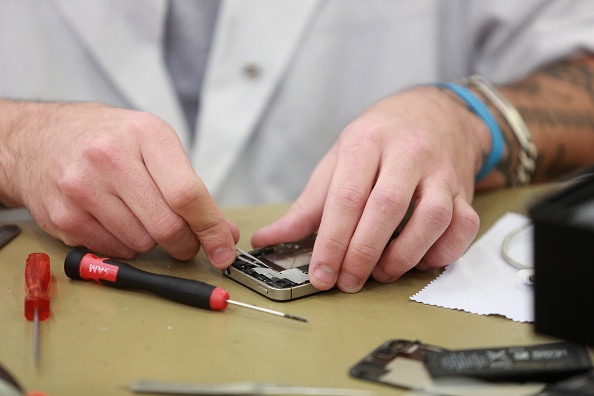 (Photo : by NICOLAS TUCAT/AFP via Getty Images)
An employee of the Love2recycle.fr recycling company repairs smartphones on November 7, 2014 in Brive, southern France. The company collects and repairs all kind of smartphones before bringing them to the market.

On top of that, Pillonel also warned against updating or erasing the contents of the smartphone as it could end up in a mess.

What's more, the auction listing of the iPhone with a USB-C port further warned that there is no warranty for it.

The creator of the modification wrote that "you can do whatever you want with it but don't expect anything from me if you break something."

Pillonel further noted that the iPhone with a working USB-C port is a mere prototype. Thus, it is not an actual product that is meant for consumers.

The project of the engineering student answers the clamor of some iPhone users for the Cupertino giant to adopt the widely available USB-C tech.

It comes as Apple still sports a port for the lightning cable on its iPhones even as its Macs have already shifted to the use of USB-C tech.

In fact, even the European Union is pushing for a proposal that would force the iPhone maker to ditch the lightning cable the tech giant continues to cling to.

What's more, the proposal of the European Commission does not only cover the smartphones of the Cupertino tech giant. Instead, it would also force even the iPads and the AirPods to shift to the more widely used cable, the USB-C.

That said, as Apple has yet to release an official iPhone that carries a USB-C port, the modified version of the smartphone was sold to a winning bidder to the tune of $86,001.

According to the news story by Gizmodo, the bidding of the first-ever iPhone with USB-C saw a total of 116 bids.

However, some of the hefty bids turned out to be mere trolling. For instance, one of the bidders even asked to pay $1 million for the modified iPhone, but it was withdrawn later on.

Aside from that, some of the trolling bids are much closer to the actual winning price, which was at around $100,000. But, yet again, it was retracted by the troller after a while.

Related Article: iPhone 13 Face ID Could be Completely Disabled If You Go to an Unauthorized Third-Party Repair | No Payments, Signing in, Animojis, and More