Apple Should Use USB-C Instead Of Lightning, According To EU Proposal

Apple has famously been keeping their hardware ecosystem exclusive using a lot of tactics. But the most famous one is their widespread use of Lightning ports on their mainline (mostly mobile) devices.

(Photo : NICHOLAS KAMM/AFP via Getty Images)
The Apple logo is seen at the entrance of an Apple store in Washington, DC, on September 14, 2021. - Apple users were urged on Tuesday to update their devices after the tech giant announced a fix for a major software flaw that allows the Pegasus spyware to be installed on phones without so much as a click.

But, according to a recent proposal made by the European Commission, Apple should instead switch to the more universal USB-C port.

This would cover iPhones, iPads, and AirPods, MacRumors reported.

The proposal is intended to basically force every consumer electronics manufacturer that sells their products in Europe (obviously including Apple) to use USB-C.

Among the motivations for the proposal are said to be reduced waste, convenience, and almost $300 million in savings for people who won't be forced to buy exclusive Apple Lightning chargers.

However, one of the biggest apparent concerns for the legislation was the reduction of e-waste.

As reported by The Verge, the EU proposal believes that phone chargers are extremely essential, but there are millions of them being sold even if they're not interchangeable.

This, in turn, could lead to the accumulation of too much e-waste.

This type of waste has now become the fastest-growing waste problem out there. Around 50 million tons of e-waste is being produced every year, according to TheWorldCounts. That's equivalent to throwing out 1000 laptops every second.

Approval on the proposal now relies on a decision to be made by the EU parliamentary body before it officially passes into law. But they're also giving electronics manufacturers, such as Apple, roughly two years to shift their devices to USB-C.

Apple And Its E-Waste Concerns

Over the past few years, Apple has been increasingly vocal about their plans to help better the environment. Apparently, this was the main reason why the iPhone 12 didn't ship with a charger, as per ScreenRant.

And weird as it may sound, Apple likely had a bead on this EU proposal as far back as January of 2020.

In a BBC report, the company stated that being "forced" to abandon the Lightning port on their devices will create too much e-waste. 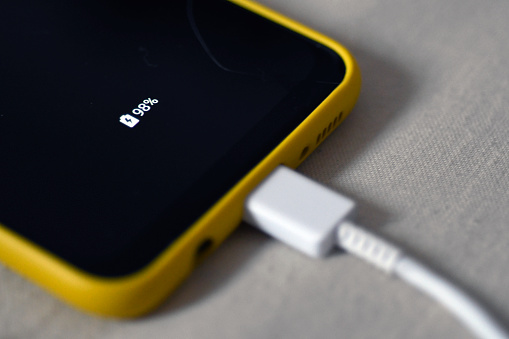 Still, they can't deny the fact that obsolete cables, whether they're used for data transfer or charging, make up 51,000 tons of e-waste every year. And the Lightning port, if not really obsolete, is actually an old one: Apple introduced it nine years ago.

Why Does Apple Keep Using Lightning?

In an argument they made against European lawmakers, Apple said that the advancement of technology would've been halted as far back as 2009 if phone makers were forced to use micro-USB ports (which are now outdated).

But this doesn't mean that Apple isn't going for USB-C. There is still a possibility for it, but not until USB-C becomes the globally accepted standard for charging technologies.

For now, only time will tell if the aforementioned proposal will be passed onto law, and Apple will have to make a quick compromise.

Toxic Chemicals From Recycled E-Waste Leech Into Our Food Packaging