Apple Maps users in Germany can now report road accidents, hazards, and more through the navigation app. The Cupertino giant is gradually expanding the service across the globe following the release of iOS 14.5.

With the new feature that arrives in the said country, there's a lot of options to inform the authorities using this Waze-like app. 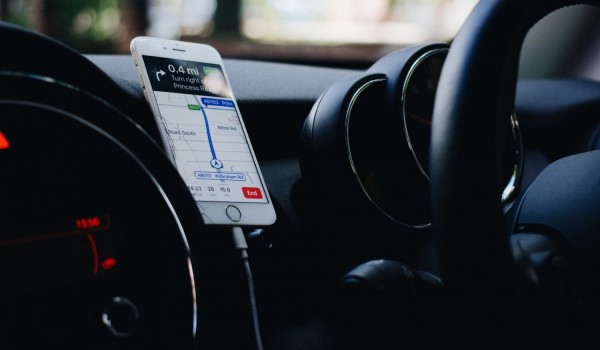 (Photo : Samuel Foster from Unsplash)
German users of Apple Maps could now report road incidents through the navigation. Here's how you can report hazards, speed checks, and accidents using it.

According to a report by Apple Insider, German tech site Macerkopf first noted that the users in the country could now submit a report by using Apple Maps. Through the "Storung Melden" option, they could now report a road incident which could either be "Gefahr" (danger) or "Unfall (accident).

The navigation app could now spot danger zones that will caution the users who will pass a certain way. However, there's a catch for this "reporting incidents" feature. Over Reddit, we have seen that German users could not use the speed check option which is currently usable in select nations.

In an updated report by 9to5Mac on Monday, Nov.15 the same feature has been made available for Spanish Apple Maps users. Besides the two countries, the capability to report road hazards through the application is also available in the United States, the United Kingdom, Brazil, Australia, and Singapore.

How to Report Road Accidents in Apple Maps

In a similar report, 9to5Mac wrote the step-by-step process that you can follow to use the feature. Here's what you need to do to report road hazards along your journey.

Read Also: iPhone Offline Maps: Here's How You Can Navigate Even Without Internet Service

Apple Maps Through the Years

Back in 2017, Tech Times reported that the tech titan has tapped some freelancers to improve the accuracy of Apple Maps. In order to catch up with Google Maps, the Cupertino firm decided to launch some improvements on the application.

The company granted the freelancers some payments for such a cause. For the verification of locations, Apple suggested the use of Google Street View for them. They were also asked to apply the satellite data on the Maps App.

In the following years, the navigation app has received huge upgrades during the arrival of the iOS 13 update. The accuracy of detecting the location and seeing it in great detail was seen in the latest development.