"Halo Infinite" players now have the option to get two exclusive in-game skins in this collaboration with NERF. 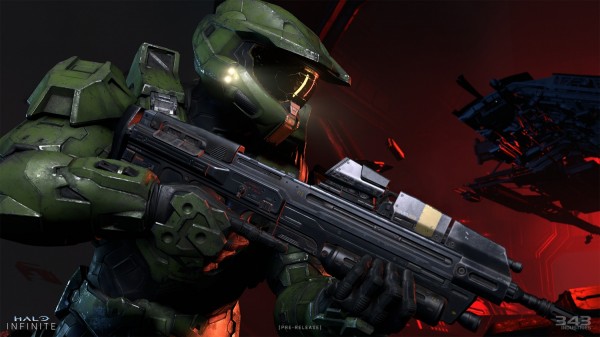 According to GameRant, anybody who buys the NERF versions of the MA40 and Bulldog SG--both iconic "Halo" weapons--will get a digital code they can use to equip the NERF skin onto the guns in-game.

Aside from the gun skins, "Halo Infinite" players will also receive a "Halo" dart charm, which is basically a NERF dart you can put onto your weapon to personalize it.

The NERF MA40 is available for $52.99, while the Bulldog SG is priced at $36.99--both MSRPs, unless the market dictates otherwise due to the massive hype surrounding "Halo Infinite" and its surprise launch.

However, these aren't the only two guns that are part of the collaboration.

NERF is also making its real-life version of the Needler, perhaps the most iconic "Halo" gun, but it won't be cheap at $99.99.

Here is a quick video of the skins in action in "Halo Infinite:"

All the guns are available at major retailers such as Amazon, Best Buy, and Walmart, to name a few.

Many players were quite surprised when Xbox and Microsoft launched "Halo Infinite" multiplayer almost out of nowhere. However, they're not really complaining.

Long-time fans of the "Halo" franchise seem to be having a blast with the multiplayer version, which was actually released as part of the 20th anniversary celebration of Xbox, writes The Verge.

"Halo Infinite" multiplayer is now available on the Xbox One, Xbox Series X, Series S, and PC for everyone to try. And by "everyone," we mean all of them.

There were so many players downloading the game on PC upon release that Steam servers were close to buckling under the pressure. According to PCGamer, the traffic was intense enough that some people had their downloads slow down to a halt.

This caused Steam's download bandwidth to reach a whopping 23.5 TB/s, which is quite big but not at all weird for a big-name title launch.

What Are Reviewers Saying?

Early reviews so far seem to be mostly positive. This comes after the early multiplayer tests which featured bots--a first for the "Halo" franchise.

According to The Washington Post, the "Halo Infinite" multiplayer mode is "supremely polished" despite still being classified as a beta release. They praised it for its overall stability, which is something that's hard to believe for big-name games within the first few days of launch.

This led the game to boast a peak concurrent player count of over 272,000 last Monday, which could be one of the biggest in recent memory.

For the uninitiated, however, this isn't even the actual release date for "Infinite." The full game is set to launch on December 8--a date that has been picked after multiple major delays.