"Pokemon GO" Shinx Community Day is now happening in various countries across the globe. This new event is exciting because the Flash Pokemon, Shinx, is being featured by Niantic. 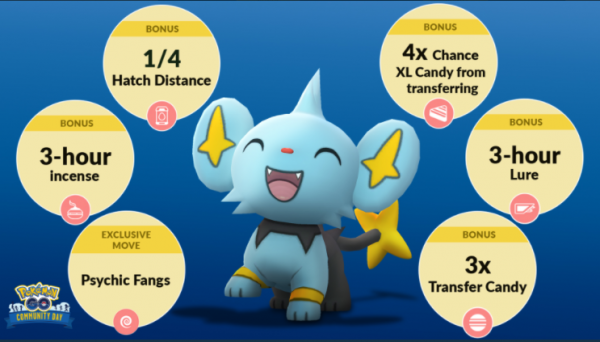 168 7km eggs hatched over our 3 family accounts this week, we hatched a combination of 8 Riolu, 84 Budew and 19 Happiny. The remaining split between Bonsly/Mime Jr. Yet you tell me the hatching odds are equal? Hmmm...

iOS players will be able to interact with this popular electric-type pocket monster since the giant game publisher confirmed that it would appear in the wild more frequently.

For the past few months, Niantic has been launching various "Pokemon GO" Community Day events, which offer various in-game enhancements attracting more trainers across the globe. 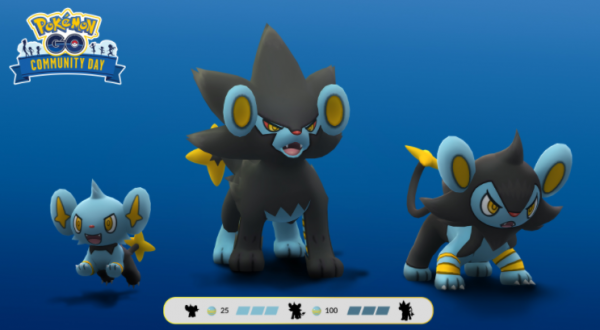 Where's Mimikyu?! Let us defend gyms with Legendaries and where are the dev updates?

"We're excited to announce that Shinx, the Flash Pokémon, will be featured during November's Community Day event!" said Niantic via its official blog post.

Aside from the base version and the Shiny one, trainers will also have the chance to evolve Luxio, one of Shinx's evolutions, into the more powerful Luxray pocket-monster, which will have the Psychic Fangs attack.

This move allows you to decrease the defense of the opponent's pocket monster and use an attack with super effective damage on fighter and poison-type Pokemon.

Meanwhile, here are the Shinx Community Day bonuses you could also receive:

There's no doubt that "Pokemon GO" is one of the most popular mobile games in the market. Aside from bringing nostalgia to the 90s kids, it also encourages players of all ages to go out and have some fun even when using their smartphones.

However, it seems like iPhone users might need to upgrade their devices if they want to keep on playing the popular adventure title, as Niantic confirmed that old iOS version would no longer be supported. You can click this link to see more details.