Bobby Kotick remains the CEO of Activision Blizzard despite the many objections and requests from the employees, investors, and other concerned parties that spoke out against the executive. Currently, it remains an issue for the gaming company with regards to its CEO that has a known history of alleged harassment among subordinates that has been rampant in the company. 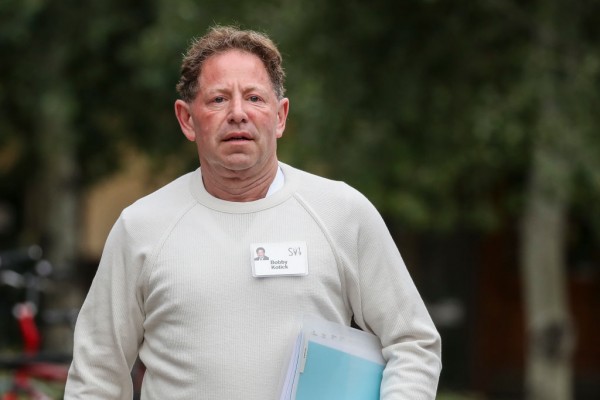 A report by the Wall Street Journal has detailed the long history of abuse and harassment that Bobby Kotick has allegedly done during his years as an executive and CEO of Activision Blizzard. Being publicly outed like that is shameful and a dent in one's career, something that could have pushed the CEO to step down from the position.

However, it is not the case with Bobby Kotick.

The Verge said that Kotick remains as CEO of the company now, despite the many protests against his tenure on the company, especially after a meeting that talked about it directly. Employees and investors alike are calling for his retirement from the CEO position, but it seems not enough to echo towards the top management and have him step down.

Kotick has been the Activision CEO since 1991, and it is before the merger with Blizzard Entertainment. The CEO has served for more than 20 years already and is a massive stakeholder in the gaming company for its different ventures and focuses.

Activision Blizzard Issues in the Past

Earlier this year, there has been a massive boycott on the work that people are doing on Activision Blizzard, and this is to call the management's attention, as well as open up their causes to the public. The reason behind this was the rampant alleged abuse and harassment that is present on the company, unseen by the public.

Different executives of the company have already parted ways with Activision Blizzard and it is because of the ongoing issues that have been plaguing the company for a long time now. Some are affected by the protests and allegations thrown at them, despite not being the perpetrators of the harassment issues that the company is facing.

The massive issues that are now seen with Activision Blizzard are now affecting the development of its games and projects including that of "Overwatch 2" and the "Call of Duty" franchise. The issue against its CEO is a massive one, something that the company has now opened up about with its employees that are seeking their positions and jobs at the company.