NASA’s Parker Solar Probe Just Got Closer to the Sun— Breaks its Own Speed and Distance Record! 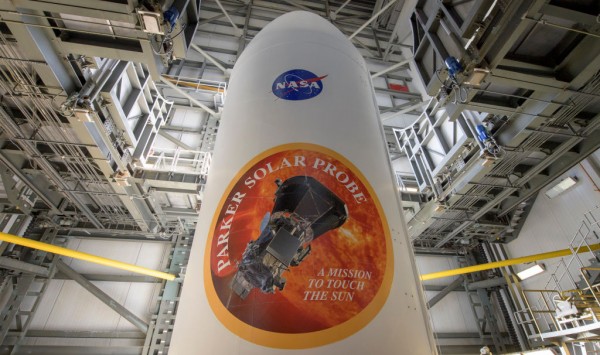 NASA's Parker solar probe just broke its own speed and distance as records show it moved closer to the Sun.

NASA released its Parker Solar Probe mission to better understand the Sun, especially its shifting conditions capable of propagating into the solar system. These changes would affect Earth, other neighboring planets, and even uncharted worlds.

Parker Solar Probe orbits through the atmosphere of the Sun--closer to its surface than any probes that came before it. In return, it will meet the Sun's brutal heat and radiation.

The probe will serve as humanity's first closest glance of the scorching star.

What is The Parker Solar Probe Made of?

To give Parker Solar Probe the capabilities to discover the mystery behind the Sun's atmosphere, it will use Venus's gravity during seven flybys for seven years to gradually bring closer to the Sun.

But to do this, the Parker Solar Probe should be able to withstand the heat by equipping it with a cutting-edge heat shield. NASA calls it the Thermal Protection System. The shield is entirely made up of carbon composite foam and is sandwiched by two carbon plates.

They also have FIELDS, which is responsible for measuring the electric field surrounding the spacecraft with five antennas.

Four antennas stick outside the probe's heat shield and into the sunlight, so they experience a temperature of 2,500 F. These antennas comprise niobium alloy, capable of enduring extreme temperatures.

To help humanity expand their knowledge about the Sun, Parker Solar Probe uses a wide-field imager; the only imaging instrument aboard the spacecraft.

Parker Solar Probe also utilizes a combination of in situ measurements and imaging so people from Earth can understand the origin and evolution of the solar wind.

Besides that, the probe is also an important contribution in helping us forecast changes in our space environment as it will also impact Earth's life and technology.

The spacecraft was launched on August 12, 2018, from Cape Canaveral Air Force Station in Florida, with Delta IV-Heavy with the upper stage as its launch vehicle.

NASA officials reported that the Parker Solar Probe broke its own record of speed and distance this Sunday (November 21), marking it as the closest it has been towards the Sun.

In addition, Parker just had its closest distance record as well, just 5.3 million miles (8.5 million km) away from the surface of the Sun.

It’s #SunDay! ☀️ And #ParkerSolarProbe is making the most of it. 😉

Today Parker is breaking its own records, completing its closest and fastest pass of the Sun yet.

NASA didn't clarify what record the spacecraft broke, but the last close flyby gave us enough numbers to speculate.