Could China Beat NASA in Terms of Mars Exploration? Space Race Report Says it's 20 Years Ahead of the US

The Space Race between the United States and China is progressing slowly. According to the latest report, the latter is 20 years advanced to the US which has left the experts scratching their heads.

Space Race Mars Mission: the US vs China 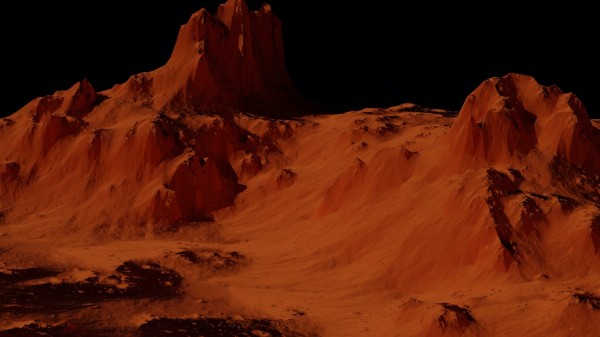 (Photo : Artezio from Unsplash)
Could China Beat NASA in Terms of Mars Exploration? Space Race Report Says it's 20 Years Ahead of the US

Before the space race scuffle took place, there was a German scientist who envisioned the ability of humans to reach Mars. In 1948, he said that the exploration could happen by 1965. When this did not happen, the upcoming plans were scheduled for the next 20 years.

Now, the dominance of China when it comes to space missions has made NASA worried about the future. A report from Express indicated that many experts were concerned about the potential problems such as inadequate cost, poor management, and unfeasible expectations.

With that, there is a chance that NASA could not manage to reach Mars from this day onwards. On the other hand, China is gradually improving its space service over the past months. This hints that the country is potentially moving closer to several technological advancements for the previous years.

During the reign of former US President Donal Trump, NASA was requested to complete the mission by 2033. In line with this plan, the National Aeronautics and Space Administration Transition Authorization Act of 2017 was passed into law.

Larry Crumpler, a geologist who wrote a book entitled "Mission to Mars: A New Era of Rover and Spacecraft Discovery on the Red Planet" said that NASA's plans are difficult to take into action.

Related Article: NASA Claims Space Race Could Get Serious If Russia Leaves ISS, Which Could Happen by 2024

NASA's Mars Plans Could be Infeasible

Based on a report by Institute for Defense Analysis back in 2019, the pre-planned 2033 arrival date of the US on Mars could be "infeasible" due to testing schedules, budget problems, and technology intervention.

In addition, another report said that even if the date would be moved to 2035, NASA would not be able to achieve its plans of reaching the red planet.

"By the reckoning of the Institute for Defence Analyses document, it was more likely to be 2037 before such a mission could take place and that 2039 was more realistic due to likely budget issues over the course of development," Crumpler, who has worked with NASA, said.

The space race might be harder for the US since China is catching up with the phase. To add, the pandemic has made it even more difficult for NASA to carry out many missions that it desires to complete.

Crumpler clarified that the year 2050 sounds more possible for NASA to land on Mars.

Meanwhile, China is currently in a strong position to achieve its goals of coming to the red planet in the next decade. The head of China Academy of Launch Vehicle Technology, Wang Xiaojun discussed some information about the country's plans involving the space mission.

So much for that, no one can predict the outcome of the space race, but a little progress could hint at what is coming next for China and the US.

In 2018, Tech Times reported that a new space race initially involved the US, but not China. At the time of the publication, Russian President Vladimir Putin said that they would beat the United States when it comes to Mars exploration.

In another report by Politico, the US Space Force general warned the country against China and Russia with regards to hypersonic technology. He said that the US was behind the two nations when it comes to that context.

NASA is Planning to Build Nuclear Reactors on Moon

Recently, Tech Times said that NASA was now finding ways on how to build a nuclear reactor power system to the moon. Certain conditions should be met if you are planning to submit a proposal to NASA.

The space agency said that it would accept proposal requests by Feb. 19, 2022.