Russia Requires Apple, US Tech Giants to Open Local Offices by 2022—Here’s Why

Russia is now demanding Apple, along with other US and foreign tech giants, to set up their local offices in the Russian nation by 2022. 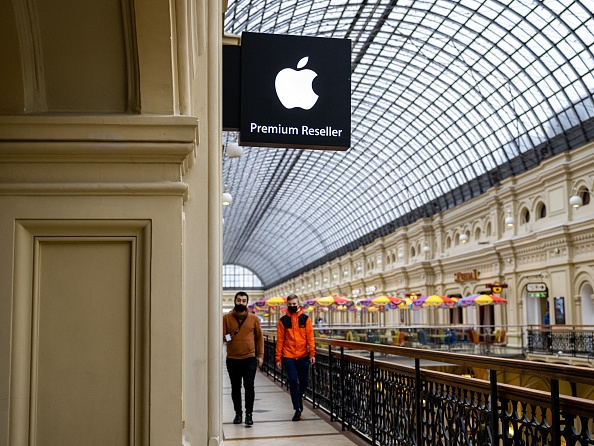 (Photo : by DIMITAR DILKOFF/AFP via Getty Images)
People pass by an Apple store at the State Department Store, GUM, in central Moscow on April 27, 2021. - Russia has imposed a $12.1 million fine on Apple for "abusing" its dominant position in the market by giving preference to its own applications, a government regulator said.

It comes after the state communications regulator, Roskomnadzor, revealed the list of tech firms that need to comply with the necessary requirements to operate on Russian soil, as per the report by Reuters.

With Russia's new regulatory requirements, tech giants such as Google and Apple have to cement their existence in Russia by opening their offices locally to continue their operations in the said nation.

If the listed tech giants failed to comply with the new Moscow rules, these foreign firms could likely face numerous restrictions, which could even lead to the permanent closure of their operations.

To be precise, according to the news story by 9to5Mac, if firms like Apple resist opening their local offices in Russia, they will have to be punished with money transfer restrictions, data, and advertising collection. Not to mention that "outright bans" are also considered.

US and foreign tech giants, including Facebook or now called Meta, Google, Apple, Telegram, Twitter, and China-based TikTok, were also included in the list--among other firms.

Reuter's report further noted that the latest move by the Russian gov't comes as the country seeks to both strengthen and promote its own tech firms.

On top of that, Moscow previously proposed tax cuts for its local tech companies. On the other hand, foreign tech giants are expected to pay additional taxes in the country.

Aside from requiring non-Russian tech giants from setting up their local offices, these firms are also demanded to limit the access to content and information that is considered illegal in the country.

What's more, lawmakers in the country are also looking into requiring tech devices to be pre-installed with Russian software.

It is to note that some reports have been going around, which say that Apple is already allowing Russia to choose any apps that it wants to pre-install in its devices.

Meanwhile, previously, or on April 28, Russia fined Apple to the tune of $12 million for an antitrust violation.

As per the report by Yahoo News, the latest pronouncements from the telecom regulator of Russia echo a rule in the nation that was made into law way back on July 1.

The new rule in the Russian nation specifically requiring "internet companies" that already reached 500,000 daily users to set up their local offices in the country.

As mentioned, violation of the law could end up ceasing the operations of the tech giant.

So it turns out that the latest demand from the Russian regulator only echoes a law that has been previously implemented in the country. It comes as some of them have yet to comply.