Chris Pratt's "Mario" movie adaptation for 2022 would not use the iconic Italian accent of the red and blue plumber that goes on special adventures and saves princesses from evil villains. Instead, the "Guardians of the Galaxy" actor would use a unique voice that would take a spin on the Italian plumber, something different from the past films. 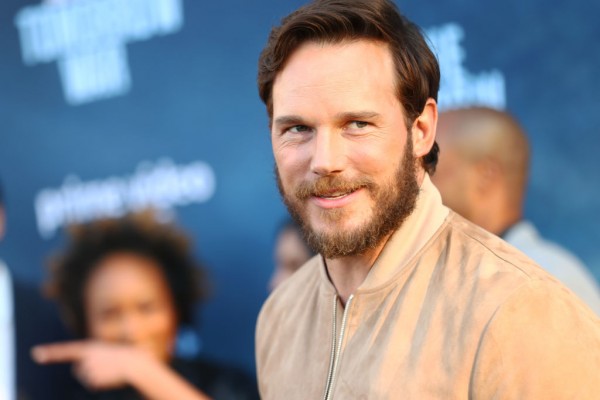 Star-Lord is temporarily hanging his coat, blasters, and mask for the red and blue jumpsuits as Chris Pratt heads on over to Illumination Entertainment and Nintendo for his stint as the popular game plumber. However, there is one thing that Chris Pratt would not be doing, and it would be the Italian accent that the character of Mario is known for.

According to an interview by Toofab with Mario co-producer, Chris Meledandri, the decision to cast a non-Italian lead for the voice of the popular Nintendo character is not affecting much of the film's production. The role of Pratt with the Italian plumber was regarded by the co-producer to be something that would change the minds of critics and fans alike.

As regarded by Meledandri during the interview, the actor would have a unique accent to be used on the voice of Mario, and it was regarded by the co-producer to be "phenomenal." The take on Italians playing the role in the movie would be on Charlie Day, the actor that would voice Luigi, Mario's cousin, who has an Italian heritage.

Nintendo is a Japanese gaming company that has developed the popular Italian plumber on their hit game that shaped the industry, "Mario Bros." released in 1983. The game has been popular ever since and it held a massive franchise that focused on an 8-bit title that highly revolves around a platform game to save princesses.

There have been several big-screen adaptations of Mario, and it is with an unreleased cartoon version of the game that was intended for 1986, remastered, and uploaded via YouTube's page. Another one was the flop live-action adaptation of Rocky Morton and Annabel Jankel which starred Bob Hoskins as Mario and John Leguizamo as Luigi.

The film coming now is going to be a 3D animated one from Illumination, the same studio that created the popular franchise of "Despicable Me" and "Minions" which are known to be top hits in the box office. The goal of the new movie is to give a story to Mario and integrate the different elements of the video game into the big screen.