Amazon's Black Friday bestseller turns out to be a good ol' $20 classic flip phone, which was massively the talk of the town way back in 2004. 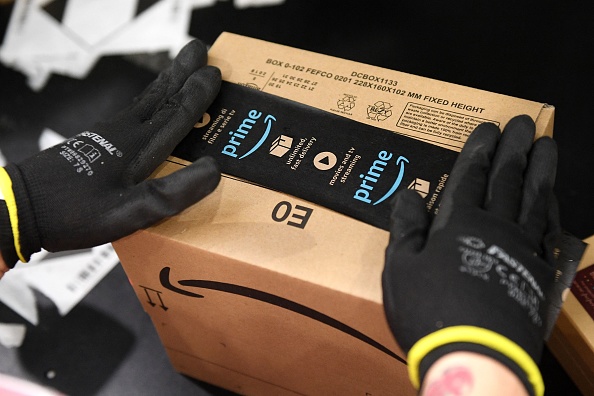 (Photo : by DANIEL LEAL/AFP via Getty Images)
An Amazon worker packs items at the Amazon Fulfilment Centre in Peterborough, east England on November 27, 2019, as preparations are underway for the annual Black Friday Sale.

Although foldable phones are back on track in this day and age with flagship foldable entering the lineup of Samsung and other giant phone makers like Huawei, Amazon's bestseller is a classic counterpart.

Both the Galaxy Z Fold 3 and the Flip 3 were recently released and both phones are selling like pancakes in some parts of the world despite their hefty price tag. But the case is different on Amazon.

As per the report by CNET, one of the best-selling items during the Black Friday sale on Amazon is not the latest foldable phone out there.

Instead, a classic LG Flip phone which even featured a physical long-gone keypad is one of the top choices on the e-commerce website.

CNET further noted in the same report that the LG Classic Flip is still on the top spot of the "Movers & Shakers in Electronics" of Amazon.

Amazon's data shows that the Classic Flip phone's sales rank is up by 682%.

The flip phone is followed by a 50-inch Smart Fire TV from Insignia and a 24-inch Samsung Monitor, sitting at the second and third spots, respectively.

It is worth noting that no other phone entered the top ten list, not even Apple's iPhone 13 or the Samsung Galaxy Z Fold 3. However, the 2021 iPad made it to the 13th ranking of the list.

The flip phone from LG, which smashed the "Movers & Shakers in Electronic" of the tech giant founded by Jeff Bezos, is being sold to the tune of $19.99, according to its Amazon listing. 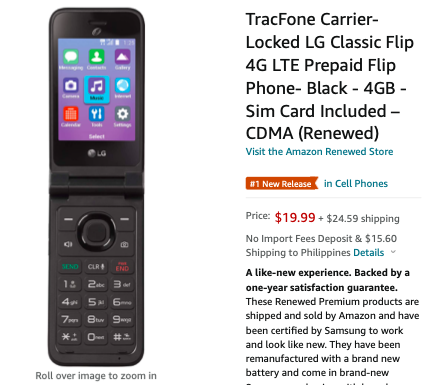 Although the phone looks like it came from 2004, it already sports LTE or 4G and Bluetooth connectivity. It could even connect to Wi-Fi. On top of that, it could also work as a hotspot to provide internet access to other devices.

What's more, the LG Flip phone also allows its users to take photos with its 2MP main snapper. However, the phone missed one of the hottest features today, a selfie shooter.

Nevertheless, the classic foldable phone has an internal memory of 8GB. But if that is still not enough for you, there is an option to expand it to 32GB via its SD card slot.

The battery of the classic mobile phone could last up to 6 hours of talk time, sporting 1470 mAh. However, it is to note that the flip device does not support fast charging.

In addition to that, the LG Flip is only limited to a single color option--black.