"Resident Evil 2" still retains a lot of its charm even after over two decades.

This time, it's not just the official Capcom remake of the classic that's got fans nostalgic. Rather, a humor-filled, live-action recreation of the original gameplay is making the rounds on TikTok, writes GameRant.

The video, which is posted by a user called lake_skywalker, seems to perfectly recreate just how "Resident Evil 2" played on the original PlayStation console 23 years ago.

As you can see, the video even gets the weird camera angles that made it incredibly difficult to control Leon Kennedy around the zombies scattered in the game world.

There is even a fully realized, retro-looking inventory screen (that's also pixelated for accuracy), as well as the original loading screens for going through doors and climbing upstairs.

Lastly, the way the "zombies" move and jerk back when they get shot is also perfectly reminiscent of "Resident Evil 2" on the OG PlayStation. If you don't believe that, take a look at this walkthrough video by YouTuber TurkishBullet19:

The aforementioned TikTok user has also posted a behind-the-scenes video of the Leon Kennedy gameplay remake, as well as other "Resident Evil" reenactments, including the first game in the series, as well as "Resident Evil 4."

'Resident Evil 2': One Of The Most Iconic

The original PlayStation console had its fair share of iconic games over its six-year life cycle. But not a lot of games held a candle to the "Resident Evil" series, particularly its second game in "Resident Evil 2."

According to Metacritic, the game was so well-received that it earned an excellent metascore of 89, with an average user score of 9.2. With a massively positive reception, it was named the 5th best PlayStation game in 1998, the 3rd most-discussed, and 6th most-shared PlayStation game in the same year.

The game sold almost 5 million units back in 1998, according to PCGamesN. This basically catapulted the company into the spotlight, solidifying Capcom's reputation as one of the preeminent game makers of the time--even until today.

It was so popular that Capcom, seeing the business potential of remaking old games for modern hardware, decided on a re-release.

How Did The 'Resident Evil 2' Remake Fare?

Simply put, it was one of the best-selling releases of 2019. According to official statistics on Capcom's website, the remake sold a total of 8.9 million units across the PS4, Xbox One, and PC platforms. 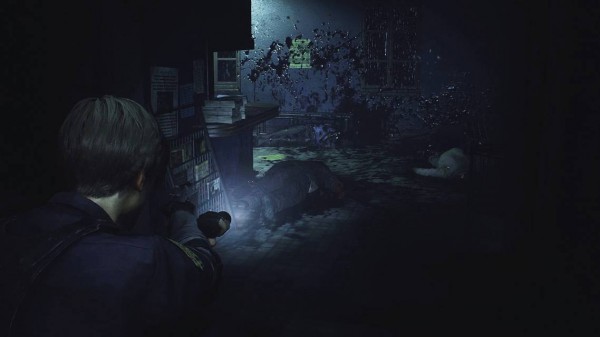 Monster Hunter World Iceborne is Deleting Old Save Files. Here's How to Recover and Make them Iceborne Compatible.

'Resident Evil 4 VR' to Get Mercenaries Mode Next Year