REvil Hacker Hides Out in Siberia, Wanted by the FBI for Ransomware but Remains Uncaught

A Russian REvil hacker that is wanted by the Federal Bureau of Investigation has been discovered to have a hideout in Siberia and evades the law while living lavishly, after using ransomware to steal money from Americans. The criminal is known for spending his days hiding out with his wife, which has been discovered for her social media presence.

REvil Ransomware Hacker Hides Out in Siberia, Not Yet Caught 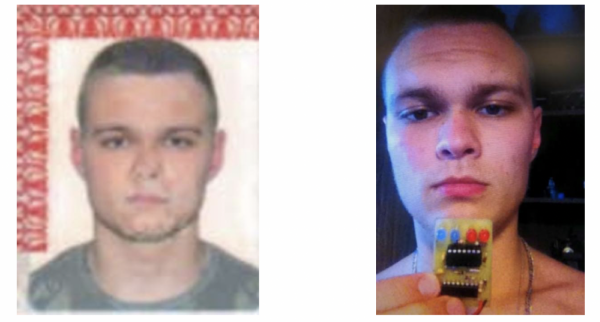 (Photo : FBI; DOJ)
A REvil Ransomware hacker is hiding in Siberia from the FBI, living a lavish life that remains untouched by local police forces despite being a wanted criminal by various organizations for extorting money.

According to a report and track made by Daily Mail, Yevgeniy Polyanin, 28, is spending his days hiding out in a $380,000 house and remains uncaught by any law enforcement authorities for his crimes. The hacker is known for living with his wife, who has a social media business that involves a pastry business that is a hit on the region.

The report said that no Russian forces were coming after Polyanin as he lives his life untouched in the Altai Mountains, despite being an allegedly identified member of the hacking group. The criminal is still among those that are "WANTED BY THE FBI" for his crimes that involved cyberspace where different corporations were affected.

REvil Hackers are Wanted by the FBI for Their Crimes

Polyanin is not the only REvil hacker that is wanted by the FBI, and the organization has paired up with international law enforcement to catch these threat actors who are living their days in liberty and hiding. There have been operations that linked to known REvil associates but remain uncaught by the different bodies concerned in this matter.

REvil Ransomware Hackers and Their Presence in the US

Last October, the REvil ransomware hacking group has declared that they are no longer continuing their operations to hack people with their virus and extort money from them in the first place. The group is known for hacking their way secretly into systems before stealing sensitive information from the servers or clouds and using it to get money from the victims.

REvil's hacking group is best known for its massive attack that it has launched against Kaseya, a known IT management tool and platform that helps in massive corporations and B2B. The notorious actions of the group have gained its international infamy, being the reason for joint task forces in cybercrime to help pinpoint their locations.

The group is primarily made of Russian hackers as per the built profile of the FBI, but it remains unknown if other nationalities have affiliated themselves with the group. REvil is best known for victimizing American businesses and operations, now being hunted down by the FBI, with Siberia having no extradition laws for US prosecution.