Black holes are one of the most mysterious entities in the universe that still spark curiosities among scientists up to this day. Recently, a group of astrophysicists created a mind-boggling simulation of a virtual black hole that appears to be devouring stars that enter inside it.

The supercomputer simulation recorded some interesting things that we could see. Find out what the experts discovered in this experiment. 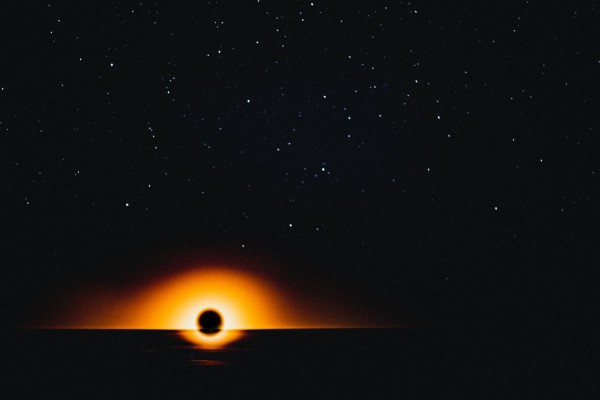 According to a report by SciTech Daily, the experts said that the simulation test involves the general theory of relativity which was made popular by well-known scientist Alber Einstein.

The group made use of virtual models which represent a cluster of stars and a virtual black hole. This would further help us understand the real event when these two different objects clash together.

The report wrote that a short distance of the star from a blackhole could mean a violent thing for it. The whole event seems wild as the black hole continues to suck the stars that come towards it.

There is a clear explanation behind this. So far, we only know that this is only a normal behavior for a black hole. What we don't know is the so-called tidal forces that are responsible for the "stretching" of a body because of the general gravitational pull from the other one.

Upon drawing nearer and nearer to a black hole, some materials will be stripped from a smaller celestial object. With that, the tidal disruption takes place, as a result.

Truly, black holes could pull everything towards its center. Indeed, there will be no escape even for a light just like what happened to the stars. The event could be compared to a person (blackhole) who is slurping the spaghetti noodle (stars) while eating.

Is There a Survivor Star Against a Black Hole?

If you're wondering if all stars die in a black hole, the answer is no. According to the experts, not every encounter results in the sudden death of a star as others could survive the onslaught.

Per Science Alert's report on Monday, Nov. 29, the study's lead author Taeho Ryu and his team discovered some "gorgeous" findings in their latest study.

For the simulation model, six (6) virtual black holes were made. Each of them has a mass that could scale from 100,000 to 50 million times heavier than the Sun. The eight (8) main-sequence stars were set to encounter the virtual black holes in the experiment.

What's interesting here is the density of each star which could dictate if they could survive the tidal disruption. The experts found out that the denser the star, the more chance it could withstand the blackhole.

In a video uploaded by NASA over the weekend, we could see that the yellow stars are the ones with the highest density. On the other hand, blue stars were spotted to have the lowest density.

In addition, the occurrence of partial disruptions happens at a similar rate to the total disruptions. Indeed, what we witnessed is something that is beyond unexplainable. The common notion that a black hole could devour everything has now the answer.

For future studies, the scientists look forward to modeling the effects of the star-blackhole encounters. The debate about the black hole destroyer has now officially ended.

To view the study "Tidal Disruptions of Main-sequence Stars. I. Observable Quantities and Their Dependence on Stellar and Black Hole Mass," click here.

In another report by Tech Times, a new solar flare could disrupt power lines. It could also brighten the display of the aurora borealis.