NASA: James Webb Space Telescope is BACK, Now Preparing to Launch on Dec. 22

NASA says the James Webb Space Telescope is back after facing a hiccup during the end of November, which pushed back its launch date to Dec. 22. 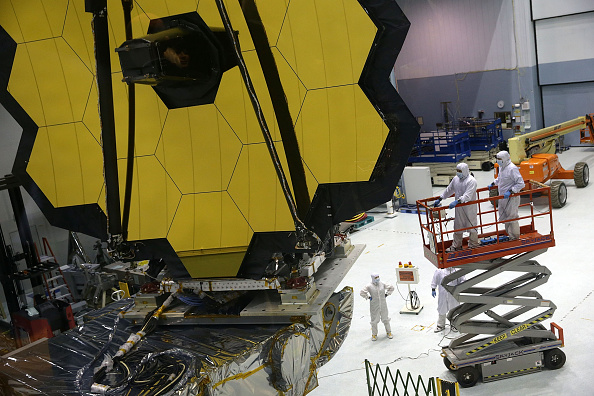 The space agency further announced that it is now preparing for its scheduled liftoff before 2021 comes to an end after a couple of delays.

NASA or the National Aeronautics Space Administration has confirmed that its engineering teams have already concluded all of the needed testings for the James Webb Space Telescope.

As such, the United States space agency further disclosed that the $10 billion worth telescope resumes all of its launch preparation activities ahead of its much-delayed liftoff next month, as per the report by The Register.

It is to note that the expensive next-gen observatory of NASA was scheduled to launch on Dec. 18. However, an "incident" involving an accidental release of its clamp band pushed its liftoff once again to a much farther date.

The "sudden" and "unplanned" release of the clamp band from the James Webb Telescope caused vibrations all over the $10 billion worth observatory.

As such, NASA announced that it needs more additional days to test the telescope for any potential damage brought upon by the unexpected release of the clamp band.

That said, the US Space Agency went on to reveal that it has created an anomaly review board to look into the latest incident that ends up vibrating most parts of the observatory.

On top of that, NASA also shared that the agency will be conducting a series of tests to ensure that the James Webb telescope is definitely ready to fly to space. It is to note that the test specifically looks into any damage caused by the latest mishap.

Read Also: Space Missions for Persons With Disabilities Could be Possible, Thanks To 'Mission: AstroAccess' | Will NASA Allow It?

Now, NASA assured that the James Webb telescope is ready to proceed with its launch preparations.

In fact, according to the news story by SpaceFlightNow, the engineers of NASA further revealed that the James Webb Space Telescope did not figure in any permanent damage from the recent incident, the series of tests confirmed.

As such, NASA also gives the team at the launch site of the James Webb telescope, the Guiana Space Center in South America, to start loading up the observatory with 63 gallons of fuel.

The latest development on the James Webb Space Telescope further shows hope that the next-gen observatory is set to lift off before this year faces its final curtain call.

Related Article: James Webb Space Telescope Referred to as 'Most Complicated' | NASA Says There are Over 300 Ways It Could Fail