Qualcomm Is Reportedly Planning To Make Its Own Handheld Gaming Console

Qualcomm--yes, that Qualcomm, whose processor is likely powering your new Android smartphone--has revealed its plans to enter the handheld gaming console market.

GameInformer reports that on the last day of the Qualcomm Snapdragon Tech Summit this year, the company made a big reveal towards the end: the Snapdragon G3x Gen 1 Gaming Platform.

The platform, which is an Android-based system, is born of Qualcomm's team up with popular gaming company Razer. As of now, it's classified as a "handheld developer kit", which was designed for game developers who will hopefully create "tailor-made experiences" for it.

According to Qualcomm, they plan for their handheld to be "the PC gaming rig of mobile games," writes PCMag. Scheduled to launch next year, the handheld system is releasing under the Razer brand--and perhaps others.

With this handheld gaming console dev kit, Qualcomm is planning to enter a market that's quickly heating up with the likes of Valve, Nintendo, and other small-name manufacturers vying for positions.

Read Also: A Privacy Nightmare? Qualcomm's Always-on Smartphone Camera Will Be Watching You

Will Qualcomm Be A Major Competitor?

When it comes to competing with bigger names such as Valve or Nintendo in the handheld gaming console market, perhaps not.

As previously mentioned, Qualcomm intended their Snapdragon G3x Gen 1 to be "the PC gaming rig of mobile games." What this could mean is that the company will be targeting mobile/smartphone gaming, which is a completely different niche to that of Nintendo's or Valve's.

Valve's Steam Deck, for instance, is designed as a handheld mini-PC that has enough power to play big-name, AAA games on Steam. On the other hand, Nintendo's niche has always been its unique gaming portfolio of platform exclusives.

Looking ahead, Qualcomm's dev kit could quite possibly carve its own niche where it will be the top dog. But that remains to be seen until next year, when the dev kit (and possibly an actual handheld gaming console) releases under the Razer brand.

One can say that handheld gaming is experiencing an increase in popularity in recent times. 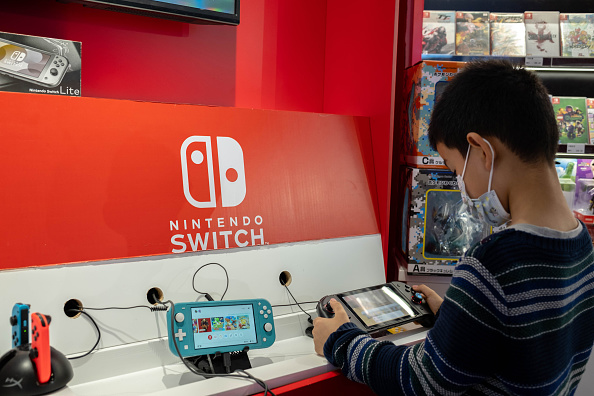 (Photo : Zhang Peng/LightRocket via Getty Images)
TIANJIN, CHINA - 2021/11/14: A boy is playing Switch game in a Nintendo Switch store. Affected by the shortage of chips, the production volume of the Nintendo Switch is estimated to be reduced by 20% till March of 2022.

Various handheld PCs and consoles have been around for the last few years, offering people a chance to still play their beloved games even if they don't own current-gen consoles or full-fledged gaming PC systems.

One might argue that this is due in part to people not being able to get their hands on the new consoles (i.e., PS5 and the Xbox Series X/S) without having to pay exorbitant prices. As such, they're turning to handhelds to get their gaming fix.

Qualcomm's planned entry into the market is giving these people a new big-name option to try out.

Snapdragon 888: Top 5 Android Phones in 2021 that Will Sport the New Chipset!