New Hydrogen-Powered Airplane to Operate by 2030! Offering Zero-Emission Travels Between US, Australia, and More

The new hydrogen-powered airplane concept called FlyZero could soon be a reality. ATI (Aerospace Technology Institute) said that this new zero-emission vehicle could start operating as early as 2023. 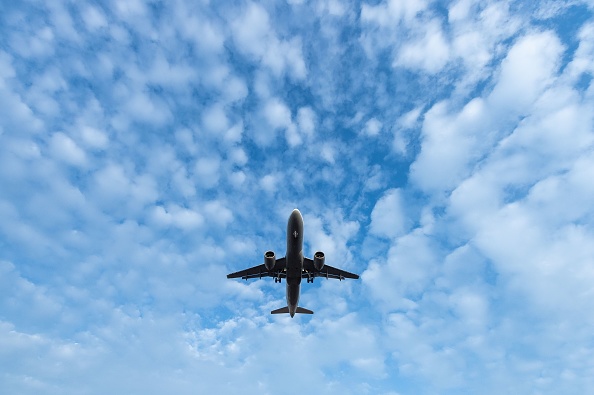 (Photo : Photo credit should read SILAS STEIN/DPA/AFP via Getty Images)
TOPSHOT - Fleecy clouds are seen in the sky as an airplane prepares to land at the airport in Frankfurt am Main, western Germany, on November 5, 2018. (Photo by Silas Stein / dpa / AFP) / Germany OUT

"Up to 279 passengers could fly between London and San Francisco, USA direct or Auckland, New Zealand with just one stop with the same speed and comfort as today's aircraft," said ATI via its official press release.

As of the moment, companies that are further advancing in zero-emission technology are mostly EV makers or traditional carmakers transitioning to electric vehicle production.

According to IFL Science's latest report, the new FlyZero aircraft would take advantage of the liquid hydrogen fuel. As of the moment, this fuel is still being studied for airplane and land-based vehicle use. 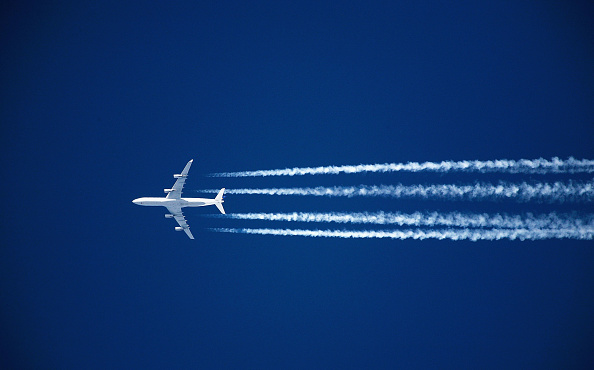 (Photo : Photo by Daniel Berehulak/Getty Images)
An aircraft flies through London skies leaving a vapour trail on February 2, 2007 in London, England. When burning its fuel, planes release exhaust fumes which contain, among others, water vapour and impurities. When these gases come into contact with the cold air, the significant temperature difference causes the water on the impurities to condense and turn to ice. Aircraft exhaust fumes have been attributed to climate change.

Compared to the regular kerosene fuel used by most airplanes today, this energy source doesn't emit C02. On the other hand, it could also allow the aircraft to achieve its potential range since it only weighs around one-third of the regular aviation kerosene fuel.

Once it is actually used, flights would soon have lesser stop-overs since they no longer need to refuel regularly. ATI said that FlyZero would not be limited to regional or short-haul flights.

The U.K. agency claimed that it could be offered zero-emission global flights, which can definitely reduce carbon emissions generated by regular airplanes.

Aside from the use of hydrogen fuel, the new FlyZero aircraft would also have small tanks, which would be located at the front.

These components would allow the new airplane to have better balance. On the other hand, the small tanks in the front would store the hydrogen fuel, which is quite different from the conventional models.

The new structure would eliminate the need for extra aerodynamic design. The Aerospace Technology Institute says that the new zero-emission aircraft would help the government to further reduce the rising carbon emissions in the United Kingdom.

For more news updates about zero-emission airplanes and other eco-friendly vehicles, always keep your tabs open here at TechTimes.