The Hubble Space Telescope has taken another photo of yet another spiral galaxy. Known as UGC 11537, the galaxy is located around 230 million light-years away in the constellation Aquila.

The photo, which was taken using the Wide Field Camera 3, is being used to help scientists learn more about black holes at the heart of galaxies.

The Hubble is fully operational once more after a glitch in October caused its science instruments to enter safe mode. 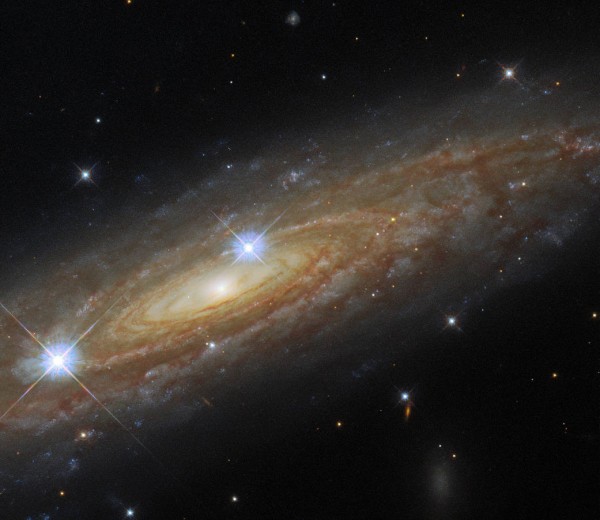 The Hubble Space Telescope has snapped a photo of UGC 11537, a spiral galaxy located in the constellation Aquila. According to a report by the Digital Trends, the galaxy is located around 230 million light-years away from our planet.

According to the National Aeronautics and Space Administration (NASA), "The infrared and visible light capabilities of Hubble's Wide Field Camera 3 have captured the galaxy's tightly wound spiral arms swirling around its heart."

"The image reveals the bright bands of stars and the dark clouds of dust threading throughout the galaxy," NASA adds.

Per the Digital Trends report, the photo snapped by the Hubble is being used to "further scientific knowledge about the enormous black holes at the galaxy's heart."

The Hubble's Photos of Galaxies

The Hubble Space Telescope is no stranger to photographing spiral galaxies or other kinds of galaxies as well.

In fact, galaxies are a favorite subject of the Hubble Space Telescope to feature in its photos. Many of the space telescope's galaxy photos have been featured here on Tech Times.

Among the spiral galaxies that the Hubble has previously snapped a photo of is the NGC 1385. Located 68 million-light years away, the NGC 1385 is located in the constellation Fornax. The space telescope used its Wide Field Camera 3 as well to take the photo of the galaxy.

The Mrk 1337 is another example of a spiral galaxy that the space telescope has snapped a photo of. Mr. 1337 is located around 120 million light-years away and the photo was taken to help scientists learn more about the expansion of the universe.

The 31-year-old space telescope is fully functioning once more after a glitch that occurred in October caused its science instruments to enter safe mode.

The first of the four science instruments to be recovered by the Hubble's team is the Advanced Camera for Surveys. It was recovered and brought back online on Nov. 7. The Wide Field Camera 3 followed on Nov. 21.

The Cosmic Origins Spectrograph was brought back online by the end of November. The last of the four instruments recovered, the Space Telescope Imaging Spectrograph, came back online on Dec. 6.