Samsung is releasing a new set of 2022 smart TVs to the world this CES 2022, and it would feature cloud gaming capabilities with selected online providers. The television gaming set from the South Korean company will bring the likes of Nvidia GeForce Now and Google Stadia available to the device, which now has players opting for a controller. 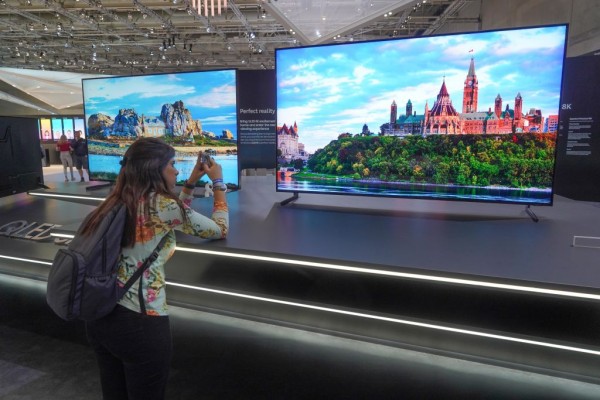 Samsung will soon introduce the world with Smart TVs this 2022 that is cloud gaming ready, and it will bring a massive change to the tech landscape as of today. It may be so that console gaming may still be more superior, but this feature gives people a chance to enjoy games without the hassle of getting said devices.

First teased on Samsung's SDC21 Keynote showcase, selected smart TVs will feature a cloud gaming option for people to use.

However, that does not mean that it can only be used for the cloud, as consoles can still function through HDMI cables and integration.

The intelligent gaming TVs will feature the Nvidia GeForce Now and Google Stadia.

The arrival of these selected television gaming devices is still unknown as the South Korean tech giant will announce it by CES 2022.

Samsung is known for making smart TV controllers for people to use. It brings a simple design of pointers and infrared-powered technology to communicate from television to user.

However, it would soon bring a radio-powered remote control, but no announcement of a controller surfaced for cloud gaming in the television.

It may be so that Samsung smartphones and smart TV remote bundles will be enough for gaming. Not to mention if it allows Bluetooth connections for existing controllers in the market now.

Samsung has been thought to focus on its mobile devices for a long time now, especially with the dominance of the Galaxy smartphones in the market. Wrong. The South Korean tech giant is known for its focus on innovative home technology that features IoT and other offers, including its popular smart TV displays that challenge other companies.

Samsung's Smart Things already introduced home integration quickly to its popular devices, and it only shows the power of the South Korean company for their array of devices.

Cloud gaming is not something that Samsung is working on, but it is a good choice for devices to take on online gaming without consoles. It is known that the Xbox Cloud Gaming capabilities are now available on Android under a beta status for gamers to enjoy.

The purpose of the cloud is to migrate everything online and wireless without hardware and specific device requirements to play the game. Nvidia's GeForce Now and Google Stadia are the features of Samsung's new smart TVs with a required subscription for access.